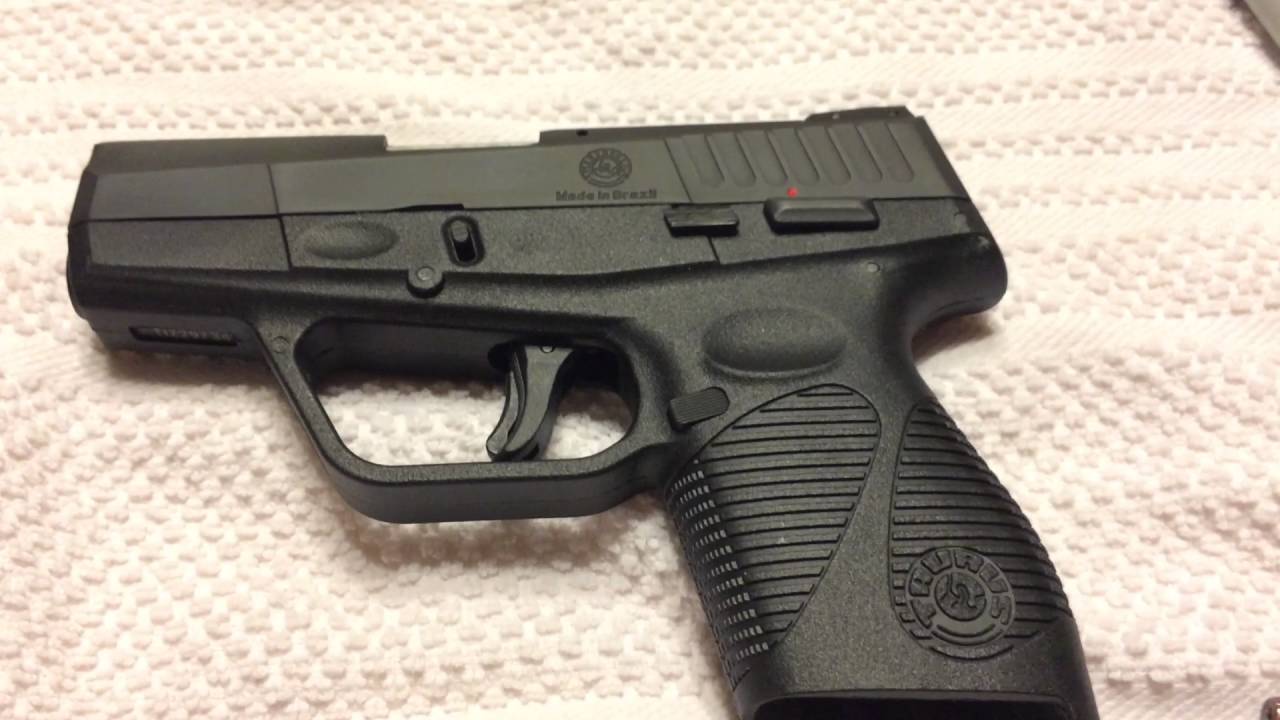 Easily one of the most popular categories of pistols sold on the market today is the 9mm single stack pistol.

It’s not difficult to see why. The 9mm single stack design is both practical and effective as a self-defense weapon, being small enough to conceal and yet large and powerful enough to fight with and stop somebody attacking you.

But at the same time, a lot of people who strongly desire to conceal carry also find themselves on a serious budget, and guns aren’t cheap. Very popular concealed carry options such as the Glock 43, Smith & Wesson M&P Shield, and the Walther PPS routinely cost into the $300 to $400 mark.

If you’re looking for something that can be yours for a significantly lesser price point, as in around half of the above-cited cost, one option is the Taurus PT709.

Taurus actually recently discontinued the PT709 in favor of their new G2S, a slimmer, single stack version of their popular G2C pistol. But still, that was only a couple of months ago, so PT709 can still be found new for incredibly great discount prices, not to mention that they will also be floating around on the used market for several more years to come as well.

So why would one possibly consider a PT709 over a G2S? It really comes down to two things: saving even more money, and preference. The G2S is already a cheap pistol, but the PT709 is even cheaper. Most G2S pistols can be owned for over $200, but the PT709 can be yours for even less so.

In this article, we will talk about the PT709, as well as more about Taurus as a company.

Taurus – Can You Trust Them?

Taurus is a gun company that many people admittedly don’t trust. But are these criticisms valid?

The reason why Taurus is not well trusted as larger companies such as Glock or Smith & Wesson is because Taurus’ niche is budget firearms.

There was a time where it could be argued that Taurus, mostly, delivered on cheap guns rather than quality guns. While the PT92, the Beretta 92 clone, has always been a fine pistol, other guns such as the 24/7 had a much more spotty history.

Taurus, however, went through a ‘renovation’ period around 2013 where they upgraded all of their guns into the G2 models. The Taurus Millennium PT111, for instance, became the Millennium PT111 G2. 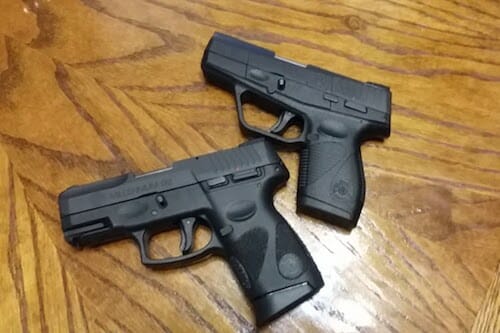 Going forward, Taurus guns began to receive a much more positive reception from gun owners for quality. The PT111 G2, later rebranded into the G2C, was just one example of a Taurus pistol that received a very positive reception as being an affordable and yet quality budget pistol.

Another such gun was the PT709.

What Do You Need To Know About The Taurus PT709?

As was discussed previously, the Taurus PT709 Slim is a 9mm single stack pistol. It holds 7+1 rounds in total capacity, and is also rated to handle +P ammunition, which is a nice feature. Each gun shipped with an additional magazine. 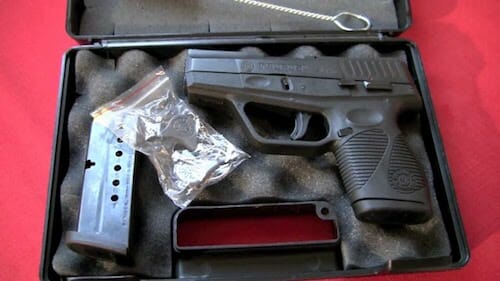 Barrel length of the PT709 is three inches long, with an overall length of six inches. When unloaded, the 709 has a weight of nineteen ounces. This is admittedly a tad heavier than other single stack 9mms such as the Glock 43, but it helps to keep recoil down.

The 709 Slim may be a small pistol, but it is also large enough for you to get a full grip over. While your pinky will naturally fall off of the bottom of the grip, there are also magazines available that feature an additional space with a pink rest.

The gun is also small so that the controls are each easily reached with only one hand, not needing a two-handed operation. For example, the slide release and the magazine release are both very easy for you to reach. 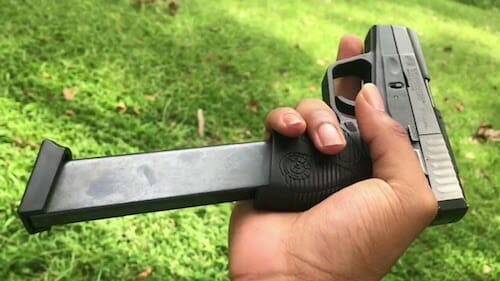 There are two major safety features on the 709 pistol. The first is a frame mounted thumb safety, which is very easy to engage with a flip of your thumb. The other safety feature is a trademark Taurus safety feature called the Taurus Security System.

Basically, there’s a key lock located in the right side of the slide, near the top. A key that ships with the 709 (and all Taurus security system keys are interchangeable so it doesn’t matter if you lose it) can be inserted into that lock.

Opponents may also bring up the point of having a psychological issue with using a defensive firearm with a safety lock like that on it. For example, if the weapon is thrown hard enough against a hard surface, there’s always an incredibly small chance that the lock could engage on its own (its happened before with other types of guns with a safety lock, but is still incredibly rare). 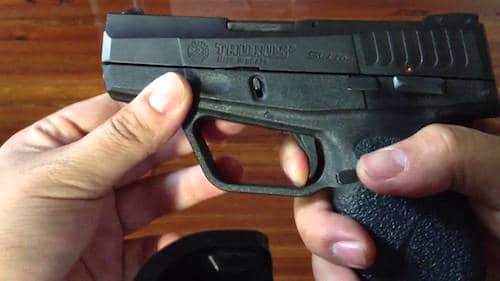 This means that when you chamber a round, your first shot is going to be single action. But if the round fails to fire, the 709 then refers to a double action trigger pull. This gives you restrike capability, which is not a feature that many other striker fired autos have.

Another feature of the 79 is the fact that it does not have a lot of sharp edges on the outside. The slide is actually angled and beveled to ensure that you won’t be injured while racking the slide or operating the gun or anything, and it also aids in a more effortless reholstering process as well.

Recoil is going to be sharper with the 709 in contrast to other 9mm pistols, but comparable to other 9mm single stacks. 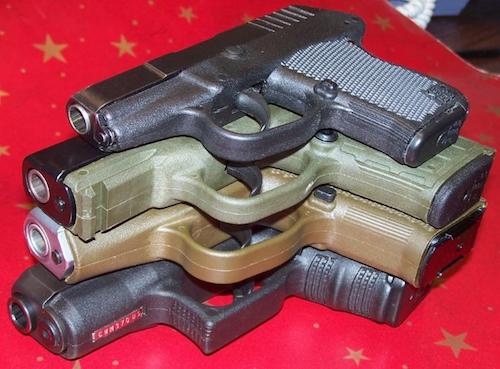 The 709 is intended to be used as a concealed carry piece and defensive arm rather than as a range gun. It could be used for home defense, but there are honestly better choices available for that role (guns that are both larger and that carry more rounds).

In conclusion, the 709 Slim remains one of the best values for a concealed carry piece on the market today. Even though it’s been discontinued by Taurus, new 709 Slim pistols that have not yet been bought or used ones in great condition can both be bought for less than the two hundred dollar mark, which is honestly less than half of what you can expect to pay for many other single stack 9mm autos.

That being said, you can also expect the supply of the 709 Slim to dry up pretty quickly as a result of its discontinuation, so be sure to act quickly if you want one.