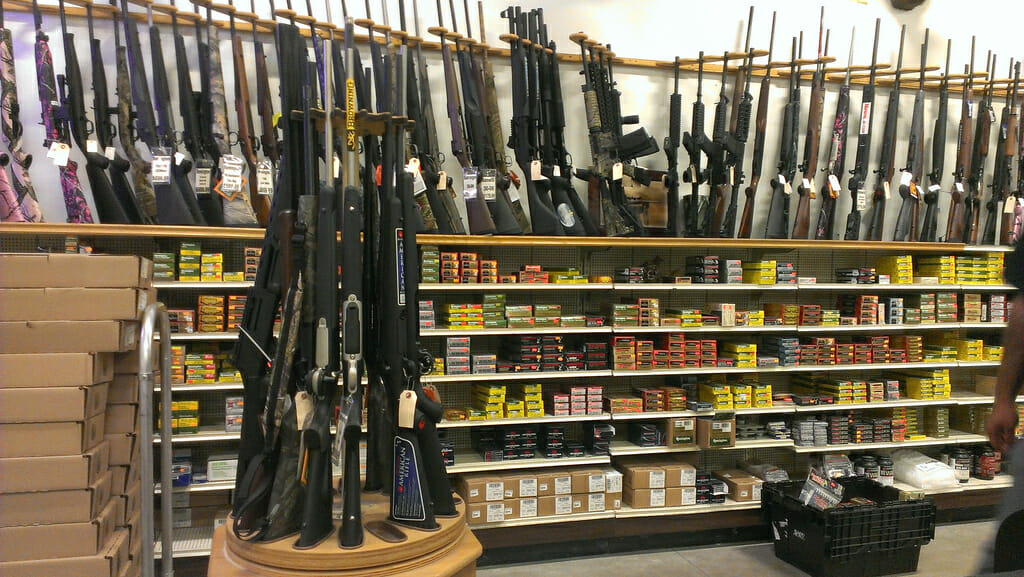 Liberals Own Guns Too – The Rise of Liberal Gun Shops

The recent election of Donald Trump has had a few surprising effects on gun owners, and those who sell guns. As we reported, in general gun sales have dropped significantly since the election. However, gun stores and clubs that cater mainly to black and LGBT communities have seen a rise in interest.

This has focused attention on a group of gun owners who are not often talked about – liberals. It is a little reported fact that many in the US are pro-immigrant, supported Bernie Saunders or Hillary at the last election, and also believe fervently in the Second Amendment.

Though they are rare, the kind of gun shop that caters to this demographic is far from the stereotyped establishment. Many liberal firearm enthusiasts are uncomfortable in your average gun shop. Often, these stores prominently display right wing posters, stickers, and other messages, and many disagree with the implicit (or explicit) Islamophobic, xenophobic, or otherwise extreme nature of these environments.

Accordingly, a growing number of “liberal gun stores” are appearing in the US. These stores cater to a often overlooked demographic.

These stores are not anomalies. Membership in the “Liberal Gun Club” has increased 10 per cent since the election, and other clubs catering to traditionally liberal groups have also seen rises in membership. “Liberal Gun Owners”, a group on Reddit, has been going for four years now, has close to 7,000 subscribers, and has a thread dedicated to helping users find liberal gun stores.

This shift is part of a broader transformation in consumption habits. Consumers nowadays are increasingly aware of the moral, political, and ethical values of the companies they buy from. Accordingly, they want to buy products from manufacturers and stores that embody values they agree with. Many liberals are unhappy supporting shops that prominently display their right wing credentials.

Stores which sell firearms or popular air rifles are at the sharp end of this shift. Guns are inherently political, with debates about gun control some of the most divisive in the country.

That doesn’t mean, however, that lefties are not armed. Bernie Saunders, a ferociously left-leaning Senator for Vermont, is pro-gun, to a degree. He has campaigned against the federally-imposed waiting period for handguns, and is in favor of limited protections for gun makers. On the other hand, he promotes the idea that assault style weapons should be banned, and opposes the gun show loophole on background checks. It is no surprise, therefore, that the NRA is fervently opposed to his policies.

Still, many who support Bernie, and other liberal politicians, are also proud gun owners. In the coming years, expect to see an increase in “liberal gun shops”.