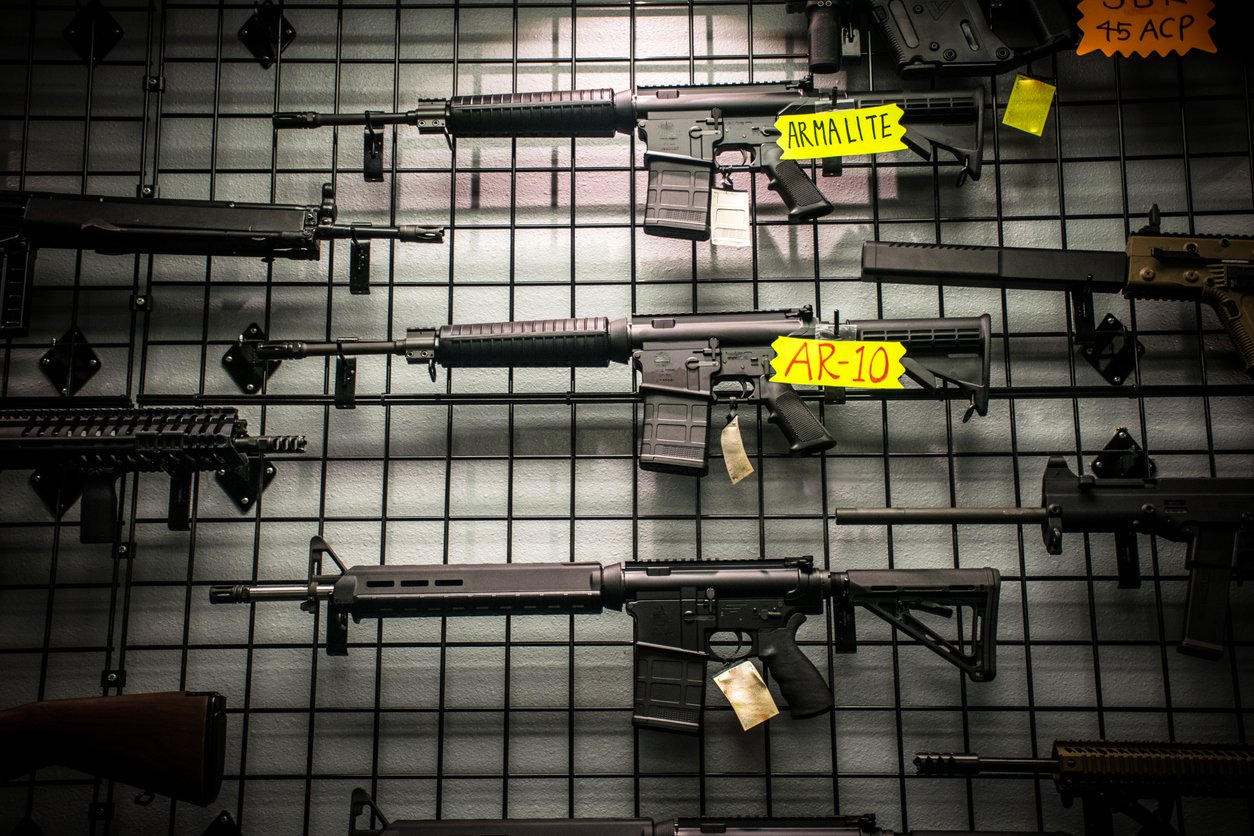 Both the AR-15 and the AR-10 are popular rifles in the American firearms market, and the background on these two weapons is quite interesting.  The development of each of these rifles contributed to the other model as well as to the advancement of rifle technology in general, and they both play a big role in military history in the modern world.  So before we answer AR-15 vs. AR-10 which do you need, lets take a look at each weapon.

The first AR-model rifle was originally designed in the 1950s by the Fairchild Aircraft company as a .308 automatic rifle. Today, the AR-10 is among the most popular .308 semi-automatic rifles on the American market.

The AR-10 was originally designed with the paratrooper in mind, and meant to be light, compact, and easy to carry (or easy to jump with), and so they named it the Para-Sniper. Production was limited, and so was the initial fielding.

Pretty soon, Fairchild Aircraft formed a specialized subdivision named Armalite, to focus on weapons for multiple purposes rather than paratrooper rifles. This division was initially poorly funded and understaffed, so the most significant contributions that Armalite made to the firearms market in those initial years were mainly enhancements to existing rifles and sidearms. They prototyped several design suggestions that they sold to the bigger names in the gun manufacturing market.

One of their early products was the AR-5 survival rifle. It was designed and tested by the founder of the division, George Sullivan, and intended for use in survival environments behind enemy lines, particularly for aircrew and pilots who had been shot down. This rifle eventually led to the development of the AR-7, which is still in production and a popular option today.

A man named Eugene Stoner observed the AR-7 in its testing phase and basically turned the rifle into a best selling product. Stoner would later become Armalite’s chief engineer, responsible for both the AR-10 and AR-15, among other advancements in assault rifle designs.

When the AR-10 was first designed, Stoner submitted it to the U.S. military for consideration for a wide-fielding rifle contract. The previously-fielded rifle was the M1 Garand. And although this new 7.62x51mm rifle was competitive, the U.S. military decided to go with the Springfield Armory M44E4 (designated as the M14 by the military).

Armalite continued to develop and improve upon the AR-10 concept. Under the direction of Stoner, replacing the composite aluminum and steel barrel that may have ultimately been responsible for the military’s decision to go with a different weapon. Stoner had never liked this barrel. It proved a spectacular failure during torture tests demanded by the customer. The composite barrel had been suggested by Sullivan. This marked the moment when major Armalite design decisions started moving in Stoner’s direction.

The Development of the Modern AR-10

Today, the modern AR-10 rifle is still popularly used not only in modern warfare, but also for tactical training and hunting by civilians (although current regulations only permit semi-automatic models). It’s inarguably a very versatile platform.

Although the original design only chambered the 7.62*51mm round, this rifle now has variants that can fire the 6.5 Creedmoor round, which is gradually gaining market traction.

Civilians of many different hobbies enjoy using the AR-10 for hunting small to medium-sized wild game and competing on local ranges. Although it is not a sniper rifle, it is popular among long-range shooters.

But even though the 5.56mm M16/M4 ammunition was chosen by the U.S. military as their standard rifle round doesn’t mean that the AR-15 is the best choice for all civilian shooters.

The 7.62mm AR-10 will provide greater accuracy and stopping power, especially at long ranges. The AR-10 will deliver that power at any range, without modification.

Even though the AR-15 can be purpose-built or modified to give you that power, or fire a longer-range super-sonic round with accuracy assuming you’re using a quality optic, the AR-10 provides these specs without adjustment to the standard model.

Eugene Stoner, the engineer whom we met in the early sections of this article, developed the AR-15 soon after the AR-10 was rejected by the U.S. military. L

With the help of other engineers, they began to build a smaller caliber rifle. All done according to specifications provided by the U.S. Continental Army Command.

This .223-caliber rifle was meant to replace several fielded weapons with a single system – specifically, the M3, the Thompson Submachine gun, the M1 Carbine, the M1 Garand, and the Browning Automatic Rifle.

The AR-15 performed excellently, meeting the requirements and specifications and demonstrating its suitability in a number of difficult field tests.

However, General Maxwell Taylor, the Army Chief of Staff at the time, preferred the M14. Despite the AR-15 demonstrating greater reliability and portability, with superior firepower and easier-to-carry ammunition.

Apparently frustrated by repeated rejections by the U.S. Continental Army Command, Armalite shut down production and closed their machine shop and sold both designs (AR-10 and AR-15) to Colt. Colt made a simple adjustment to the AR-15. They moved the charging handle to the back end of the receiver – and then began mass-production of the modified rifle.

The Vice Chief of Staff of the U.S. Air Force, General Curtis LeMay, noticed the AR-15 gaining success, and placed an order for the AR-15 for his pilots, should they be shot down. This reflected Armalite’s original mission for their firearms, but the design and production was no longer in their hands.

When LeMay was promoted to Chief of Staff in 1961, he ordered 80,000 additional rifles from Colt. Having the foresight to produce this rifle en masse, Colt was able to fill that order quickly. The Air Force armed themselves with a lighter to carry and lighter recoil rifle for their pilots and personnel. They immediately preferred this to the bulkier M14 that was currently in service, chosen by General Taylor.

Continued military testing confirmed that the AR-15 and its 5.56 round was much easier to shoot than the M14’s 7.62 round.  Especially for sustained fire. Servicemen using the AR-15 qualified for Expert ratings with nearly twice the frequency of soldiers using the M14 during their qualification ranges and marksmanship trials.

With a big name like Colt behind the platform, the AR-15 slowly grew to become the field standard for the U.S. military. It also saved the design from lapsing into obscurity. Colt’s giant production capabilities filled large orders for the Army and Air Force. Furthermore, their easily-carried ammunition changed the face of infantry warfare.  As soldiers were now capable of carrying full loads of hundreds of rounds.

No other rifle has come as close to rivaling the worldwide popularity of the AK-47. But after slowly coming to appreciate the AR-15, there are good reasons why the U.S. backs this platform. Given the superior training of U.S. servicemen, the M-16 has proven victorious in countless engagements against the immensely popular Kalashnikov.

The Development of the Modern AR-15

The AR-15 platform that Colt saved from failure is now made by nearly every manufacturer in the firearms market, with a limitless number of options now available.

The design has remained relatively unchanged since its initial introduction. Despite technological advancements like the piston-driven gas systems that may prove to be significantly superior to the AR-15s direct impingement cycling system.

To meet the ever-changing desires of the firearms market, the AR-15 is now available in a range of ammunition calibers. The original 5.56 is perhaps still the most popular. But the AR-15 can also be chambered with the 300 Blackout and 6.5 Grendel special purpose cartridges.

The original 5.56 round is still effective and affordable round. With it, the AR-15 is still a versatile and efficient platform. Unless you really need that extra range or stopping power, the basic model AR-15 is a great, affordable rifle that you know has a long and distinguished record.

It has a light recoil, suitable for both beginners and experts. It is also cheaper to own and cheaper to find ammo for than perhaps any other rifle on the market. And it’s a rifle that is still in use by many militaries and peace-keeping forces around the world. Second in popularity only to the AK-47, which were introduced earlier and maintained a lower price tag.

You can be sure that ammunition and magazines will be available to you, no matter where you live or shop. It’s also very likely that you will find accessories and replacement parts with minimal searching.

It is suitable for both hunting and home defense. The aftermarket support will help you configure your gun to suit your purposes and hobbies, no matter what they are. Even with little experience or lacking specialized tools, most AR-15 owners can reconfigure their own weapons with just a YouTube tutorial. This is truly the one-size-fits-all rifle model that you want.

Both rifle styles are great options and neither one is prohibitively expensive. Many gun enthusiasts will own both rifles because they see the unique values of each one. But for a new gun owner, or the gun owner who values versatility and availability, the AR-15 is the right rifle for him or her.

Cheaper to own, maintain, and feed, the AR-15 won’t break the bank for most folks.  Or disappoint with its record of performance. Only if you need a higher performance platform for hunting or for accuracy at longer ranges than 800 meters should you get yourself an AR-10. 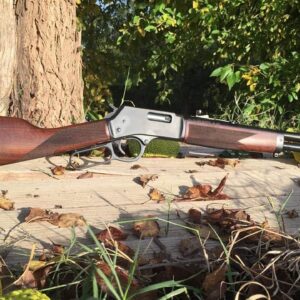