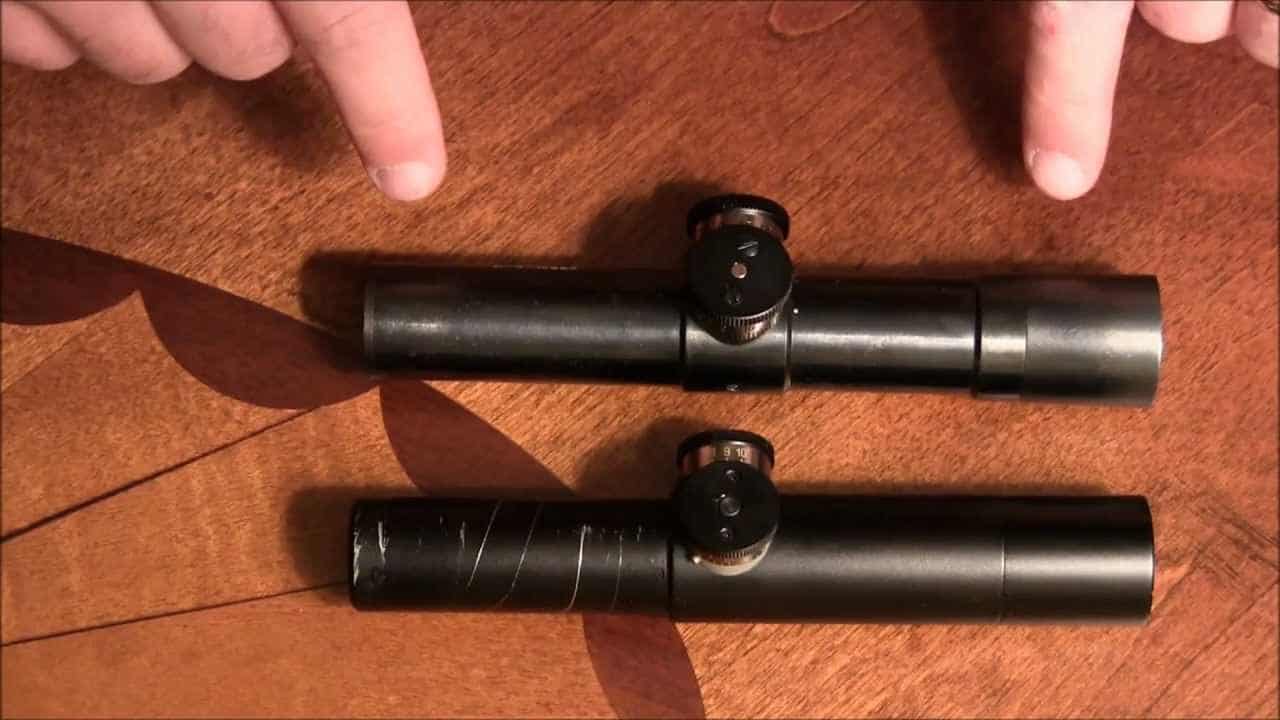 If there’s one surplus military bolt action rifle that stands a chance of being just as popular a hundred years down the road as it is now, it’s the Mosin-Nagant.

There is no question that the Mosin Nagant is the most common imported surplus rifle in the United States today, and with good reason. It’s cheap, accurate, durable, and is chambered for a very versatile round in the form of the 7.62x54r.

But at the same time, there is also no question that the Mosin is, to put it simply, an outdated weapon. After all, it was designed in the 1880s and first produced in 1891. The iron sights in particular are very difficult to sight in properly, at least when compared to sights on modern rifles.

In other words, the Mosin Nagant a rifle in deep need of modernization…and one of the simplest and best ways you can modernize it is by adding a scope. While it’s not quite as easy to mount a scope on a Mosin as it is an AR-15 or a modern bolt rifle, it can be done and it really enhances your range capabilities on the weapon.

Let’s talk about the Mosin Nagant in greater depth, before moving onto how to choose a Mosin Nagant scope and the 3 best Mosin scopes on the market today.

Some More Info On The Mosin-Nagant

When compared to modern bolt action rifles on the market, the Mosin Nagant leaves a lot to be desired, to say the least. The stock is short, the action can sometimes be rough, the trigger pull is rather sloppy, and the sights are difficult to sight in properly.

But when compared to other inexpensive and rugged military surplus bolt rifles from the 20th Century, the Mosin Nagant shines in just about every department. For one thing, it’s incredibly resilient and durable in harsh conditions, and the darn thing can just shoot (and shoot accurately) all day long.

The cartridge, the 7.62x54r, is capable of bringing down any North American big game and is very similar in terms of performance to the .30-06 Springfield. That’s not to mention that the 7.62x54r is also a cost effective round, further fueling the Mosin’s popularity.

For target shooting for fun on the range, for big game hunting, or as an SHTF survival weapon, the Mosin Nagant is a good choice for anyone desiring an economical rifle or who appreciates the history of it.

The Mosin served as the primary infantry rifle for many countries (most notably Russia/the USSR) throughout World War I and World War II, and is still being used in limited numbers in certain conflicts today, including in Syria and the Ukraine.

Choosing A Scope For The Mosin Nagant 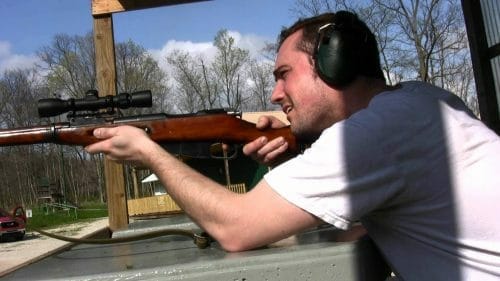 Let’s just say that the Mosin Nagant is one of the hardest rifles to mount a scope on. One reason for this is the straight bolt handle featured on the vast majority of Mosins in contrast to a bent bolt handle.

So needless to say, your options are restricted when it comes to a scope, and you’re really limited to scopes that are built specifically for the Mosin.

Another option would be to instead choose a Scout scope, or a scope that is mounted forward of the receiver. This scope would give you plenty of eye relief, though you would also need to install a mounting system in order to mount the scope.

So assuming that you don’t want to go with a Scout scope of some kind, you are stuck with the few scopes that are made specifically for the Mosin Nagant.

The good news is that there are several excellent quality Mosin scopes available, and we’re going to talk about those next.

The 3 Best Mosin Nagant Scopes On The Market

Here are the three best scopes for the Mosin Nagant: 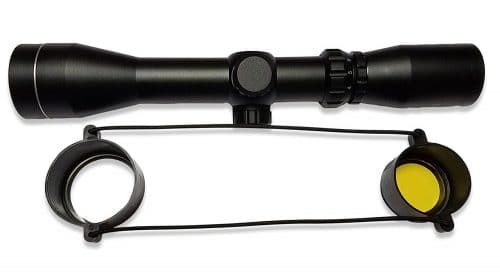 As the title suggests, this is a Scout scope for the Mosin Nagant from Aim Sports. It’s an excellent choice for making mid-range shots while also offering plenty of eye relief, thanks to its 30mm objective lens and 2-7x variable magnification power.

The crosshairs on the scope can be set in 25 yard increments from one hundred up to two hundred and twenty five yards. The total scope length is eleven and a quarter inches long, which is definitely on the long side for any Scout scope, so it’s something to take into account.

While the scope does not ship with a mount (so you will have to purchase that separately), it does ship with scope rings. The scope is also very budget friendly at a price point of around $50.

All in all, this is a great option if you want to convert your Mosin-Nagant into a Scout scope similar to the concept devised by Colonel Jeff Cooper. 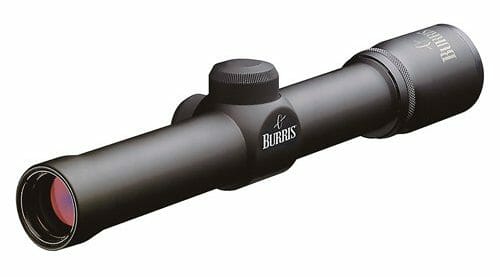 Burris is definitely a larger name in the scope world than Aim Sports, and the result is that this scope commands a much higher price point at over $300. However, you also get what you pay for.

This scope is fixed at 2.75x with a 20mm objective lens. This is more than suitable for most magnification needs with a Mosin Nagant.

Another major plus in favor of the scope is its ruggedness, resiliency, and durability. This is a scope that is truly made to be put through tough conditions, which the Aim Sports scope we just looked at may not be able to do in extreme circumstances.

Through it all, the Burris Scout scope also has a bright reticle and crystal clear glass to view the world through the lenses. It also features a heavy plex reticle, which is one of the easiest to use crosshairs that you can ask for.

As the finishing touch, this scope ships with a lifetime manufacturer’s warranty from Burris, meaning it can be repaired or replaced at any time. If you’re willing to pay the extra money, this is an excellent choice for your Mosin Nagant. 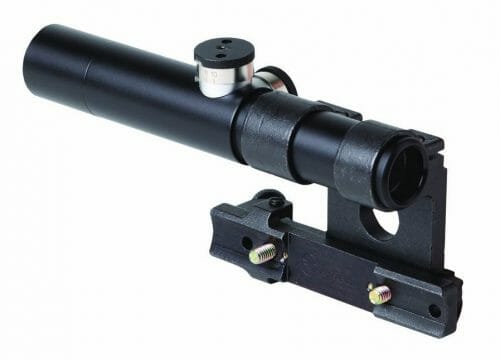 If you desire the most classic scope available for your Mosin Nagant, then there’s no question that you should go with the Firefield PU Mosin Nagant scope.

This scope is the same exact design that was used by Soviet snipers against invading Axis troops in the Eastern Front of World War II. The Firefield essentially serves as a replica of the scope that was used then, and is offered at a price point of around $150.

Staying true to the original design, it has a 3.5x fixed magnification power. This scope is also incompatible with Mosins that feature the common straight bolt handle, so you will need to switch to a bent bolt handle for it to work. Bent bolt handles for Mosin Nagant rifles can be found for sale on many websites online and at varying prices.

It is also highly recommended that you purchase a cheek rest to fit over the stock of your rifle in order to properly view through the scope, and you should also employ the services of a gunsmith to get the scope properly mounted as well.

So, which scope is the best choice for your Mosin Nagant?

It depends. If you’re on a budget, the Aim Sports scope is definitely the best choice. If money is not an issue for you and you just want the highest quality optic you can get, then go with the Burris. Or, if you want to keep your Mosin classic by using the same style of sniper’s scope that was used during World War II, then the Firefield is obviously your choice.

As was discussed earlier, the Mosin Nagant is a durable and dependable rifle though also one that can be easily modernized due to the fact that it’s an aged design. Adding an optic of some kind to your rifle is not only one of the simplest ways to modernize your Mosin, it will also enable you to make more accurate shots at longer distances.