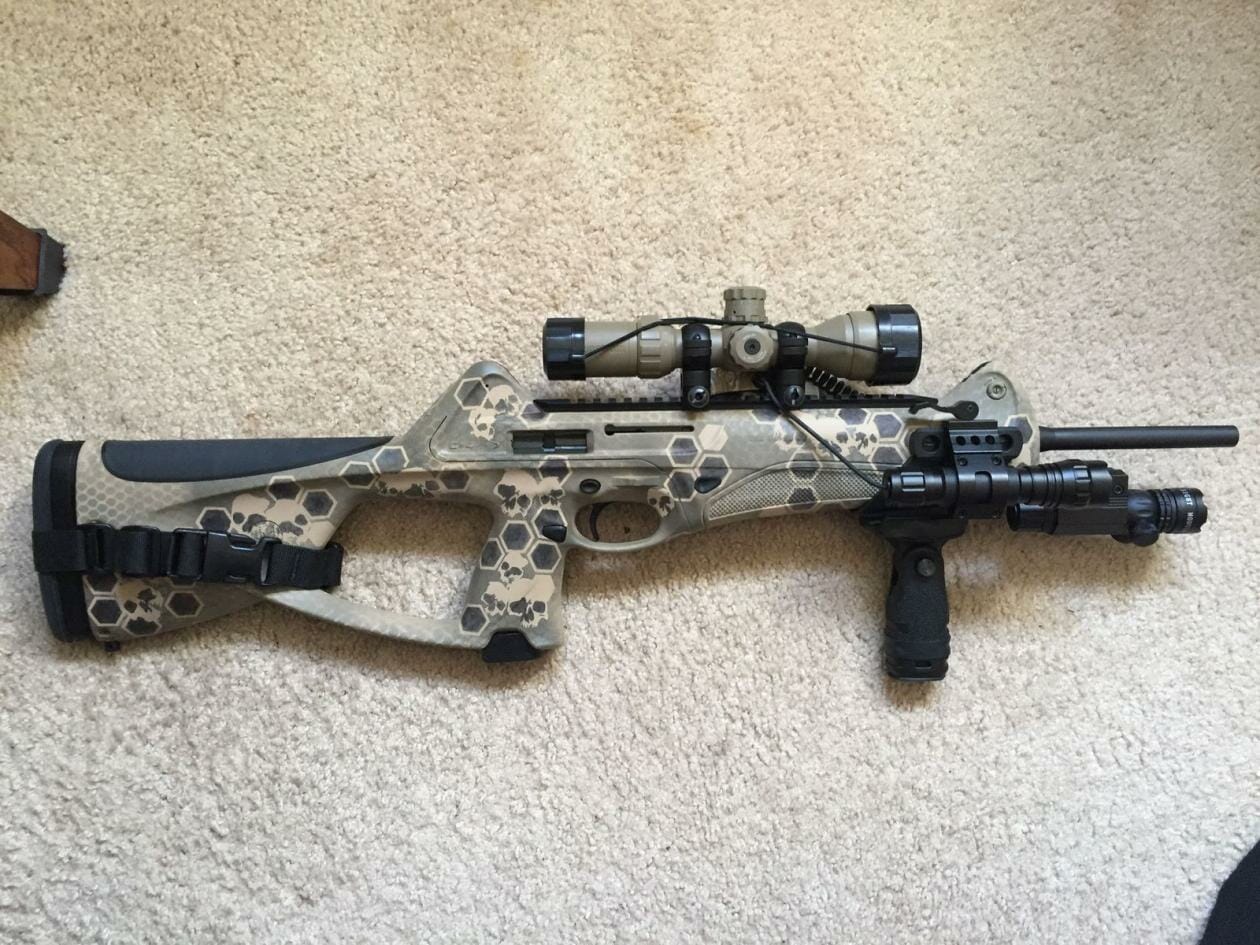 These Are The Best Pistol Caliber Guns Out There

The explosion of interest in the modern sporting rifle, as well as the natural pace of industry innovation, has driven the firearms industry to field semi-automatic rifles in an increasingly broad number of configurations. One of the latest innovations is a new generation of pistol-caliber rifles, which combines smaller pistol calibers with a rifle or carbine-length weapon.

Pistol caliber carbines (PCCs) are not new: some of the more famous from recent history include the Ruger .44 Magnum carbine and 9mm rifles. The adaptability of the AR-15 platform—as well as those offered by manufacturers including Beretta, Kel-Tec and CZ—has made it possible to adapt them to calibers including 9mm Luger, 10mm Auto, .40 Smith & Wesson and even .45 ACP. These are five of the best PCCs out there.

The modular nature of the AR-15 weapon system makes it possible for designers to concentrate on perfecting a pistol caliber action without concern for the rest of the weapon. From the consumer side, a familiarity with AR rifles makes adoption of an AR-based PCC a relatively easy matter. Several manufacturers offer their own AR-based pistol-caliber carbine, and Texas-based Quarter Circle 10’s PCCs are representative of industry trends.

Quarter Circle PCCs are primarily based on the AR-15, but use a blowback operating system instead of the AR platform’s direct impingement system. In other words, the recoil generated from the gun firing drives the action instead of burned gunpowder gasses. Like many AR-based vendors, Quarter Circle’s designs accept Glock magazines and magazines derived from Colt’s 9mm line of carbines. The QC carbines and pistol receivers come in 9mm Luger, .40 Smith & Wesson, and .45 ACP, while the weapon can use existing rifle stocks, carbine stocks, and pistol braces.

Just as AR-15 owners can smoothly transition to AR-based pistol caliber carbines, the Beretta Cx4 allows those familiar with Berettas to quickly adopt a shoulder-fired weapon. The Storm has the same set of controls as Beretta pistols—an appealing feature to police agencies and individuals that already use Beretta weapons. The Cx4 takes magazines in the grip, like a Beretta pistol, instead of a separate magazine well in front of the trigger control group.

The Cx4 can also use magazines from the company’s Px4 and 90 series handguns, including the famous Beretta 92. This allows the Cx4 to use magazines with capacities as large as twenty rounds. The Cx4’s other features include light recoil, ambidextrous controls, a chrome hammer forged barrel for durability, a 16.6-inch long magazine and Picatinny rail for attaching aiming accessories that runs along the top of the receiver. Beretta’s PCC is available in 9mm Luger and .40 Smith & Wesson. The weapon weighs 5.6 pounds unloaded.

The CZ Scorpion EVO3 S1 Carbine shares its name with a older weapon, the Czechoslovakian Vz. 61 Skorpion machine pistol. The small and compact Skorpion—chambered in .380 and taking twenty-round magazines—was popular with Soviet-aligned vehicle crews, rear area service personnel and terrorist groups. The new EVO3 S1 carbine shares the name but otherwise has little in common with the old weapon.

One of the more unorthodox-looking weapons on the market is the Kel-Tec Sub-2000 carbine. Like the Cx4, the Sub-2000 looks like a pistol with an elongated barrel and shoulder stock, with a magazine well in the grip. It also features Picatinny accessory rails above and below the barrel.

Kel-Tec’s offering differs in having a specific talent: folding down for compact storage. By rotating the barrel upwards and back, the Sub-2000 essentially folds over onto itself for an overall length of just sixteen inches and a height of seven inches. Once in the compact configuration, the carbine can be secured that way with a built-in lock and key system.

German gunmaker Heckler & Koch tends to place restrictions on its sale of its paramilitary and military-style long guns. The H&K USC 45, the civilian version of the UMP 45 submachine gun, is one such weapon that is once again back on the American market.

The UMP45 submachine gun was designed to complement the world-famous MP5 submachine gun in Heckler & Koch’s product line. The UMP is a newer design meant to take greater advantage of modern materials—particularly polymers—resulting in a weapon that is lighter than the MP5 yet capable of handling heavier, higher recoil calibers. The UMP is a blowback submachine gun and is available in 9mm, .40 Smith & Wesson and .45 ACP versions.

The civilian USC 45 is available in .45 ACP and has a cold hammer forged sixteen-inch barrel, ambidextrous controls and large trigger well for use with gloves. It has a fixed webbed stock, accepts ten-round magazines and includes a weaver rail for attaching accessories.

The original source of this article: These Are The Best Pistol Caliber Guns Out There