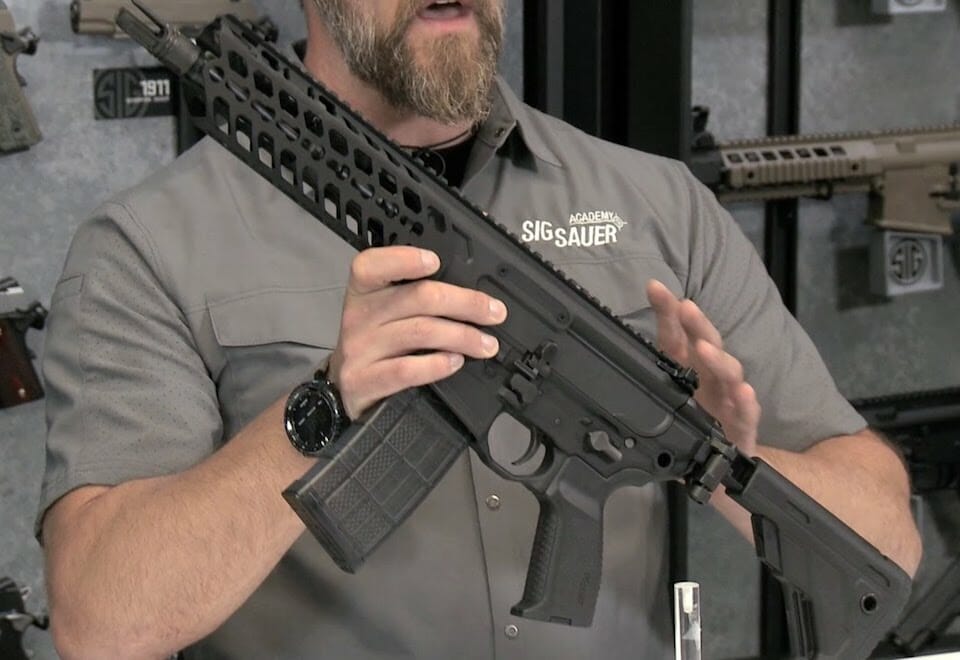 When the SIG MCX rifle came out in 2015 it was a game changer that drastically raised the goal post for its competitors. It’s modular design quickly made it a favorite among gun owners who wanted something they could completely customize to meet their needs.

3 years down the road and the SIG MCX is still attracting new devotees every day with the same levels of customization that helped it put its name on the map.

The Most Modular Rifle On The Market

The SIG MCX is, depending on who you ask of course, arguably the rifle that set the gold standard for all modular rifles that have come after it. Almost everything on this rifle is completely interchangeable and there is a large number of aftermarket accessories from which to choose. Collapsing stocks, handguards, and caliber exchange kits are all key parts of the rifle that can be upgraded easily.

To come up with the idea for the SIG MCX, SIG Sauer decided to follow in the footsteps of the likes of the Remington 700 or 1911. They would focus all their efforts on building a rifle based on one of their other highly popular models; The SIG MPX.

And with that, the SIG MCX was born. All the dedication that they put into crafting the SIG MCX really shows.

Weighing in at only 6 pounds, the SIG MCX is ultra-lightweight, making it a breeze to just pick up and toss in your range bag for a day of target practice. And to save you a little bit of extra room in that bag, the SIG MCX stock is foldable. To make things better, those whopping 6 pounds are evenly distributed throughout the length of the rifle, which will probably make the SIG MCX feel like the most well-balanced rifle you’ve ever held in your hands. 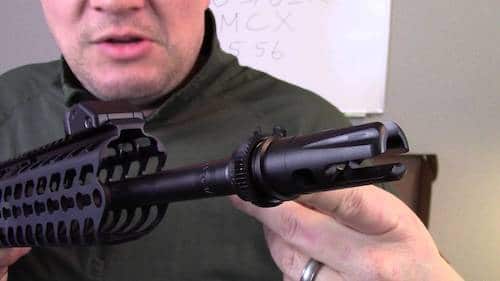 Unlike several other rifles that I currently own, I have never had an issue with the SIG MCX feeling heavier on one end or the other, it has always been easy to handle and doesn’t feel “clunky” in the least.

I have heard some people say that this is all due to the ultra-lightweight barrel featured on the MCX straight from the factory. I can’t disagree with that because barrel weight does indeed make a difference, but I’d also venture to say that it probably has more to do with the weight of the handguard you are using.

The thing that I love most about the SIG MCX is the fact that it has probably some of the best suppression capabilities that I have seen on any rifle that handles both supersonic and subsonic loads. Coupling the amazing suppression with the light-weight stock was a genius move on the part of Sig Sauer in my opinion. 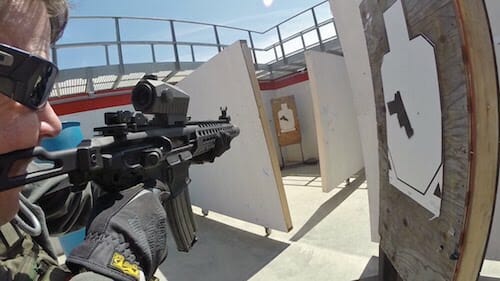 With a focus on .300 Blackout, suppression has always been a big focus for Sig Sauer and a cornerstone of all the SIG MCX versions to date. I have only ever had a few rifles in my possession that were able to match the same levels of suppression I get from this rifle and if I recall correctly, one of them was also a SIG rifle.

Overall, you will have a hard time beating this rifle in the game of modularity, form, or function.

A Few Bumps In The Road For the SIG MCX

Every gun owner has certain features or quirks that they either love or hate about their favorite rifle. Here at Gun News Daily, we are no different, so I must just give it to you straight. I really love this gun but there are a few issues that I have with it that I haven’t been able to shake off.

You’ve heard all the great stuff I’ve had to say about the SIG MCX, now it’s time to talk about the one main things that I didn’t like about this rifle; the trigger. 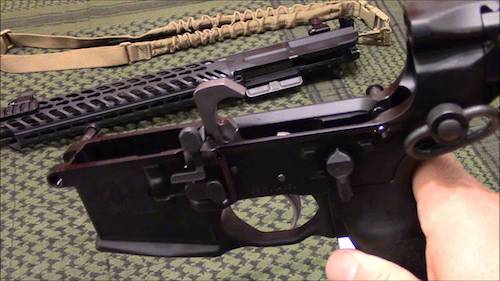 The biggest issue that I have with the SIG MCX is the fact that the trigger has so much resistance behind it making it rather hard to pull. I don’t mind a little bit of resistance on my trigger generally, but the SIG MCX trigger is almost too hard to pull without losing much accuracy.

When you are battling against other factors such as recoil, wind speed, and getting your target zeroed in, you probably don’t want to add yet another issue to contend with.

Of course, if you find yourself struggling to pull this trigger you can always upgrade it with a trigger kit like this one.

In 2016 Sig Sauer announced that they were conducting a mandatory recall on any SIG MCX rifles that had a serial number between 63C000044 – 63C003702. The recall was issued because it was found that the factory-installed carriage assembly in these rifles could, in rare instances, cause an unintentional discharge of the firearm. 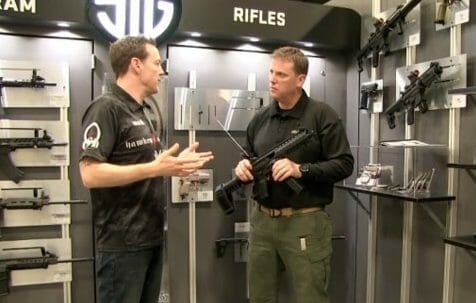 They went to all measures to correct this glaring issue though. SIG SAUER issued the recall, explaining the reason for the recall and offering to mail new assemblies with the firing pin locking mechanism feature out to anyone who owns one of the rifles affected. Furthermore, they uploaded a detailed video showing anyone who needed to replace their assembly exactly how it is done.

Sig Sauer is a research and development beast, and they keep bringing superior rifles to the market every few years. Despite a massive recall that Sig Sauer did their absolute best to resolve as quickly and painlessly as possible, the SIG MCX has certainly set the standard for all other modular rifles that have come after it… and since its inception, the SIG MCX has continued to build upon its legacy with multiple versions being released over time.

If you haven’t had a chance to shoot one of these beauties, you really should try to get your hands on one soon. It will be the best investment you’ve made in a while.

Did we cover all the main features of the SIG MCX? If you feel that we may have left a few of the finer points out of this article? Drop us a line in the comments below and let us know what we are missing!