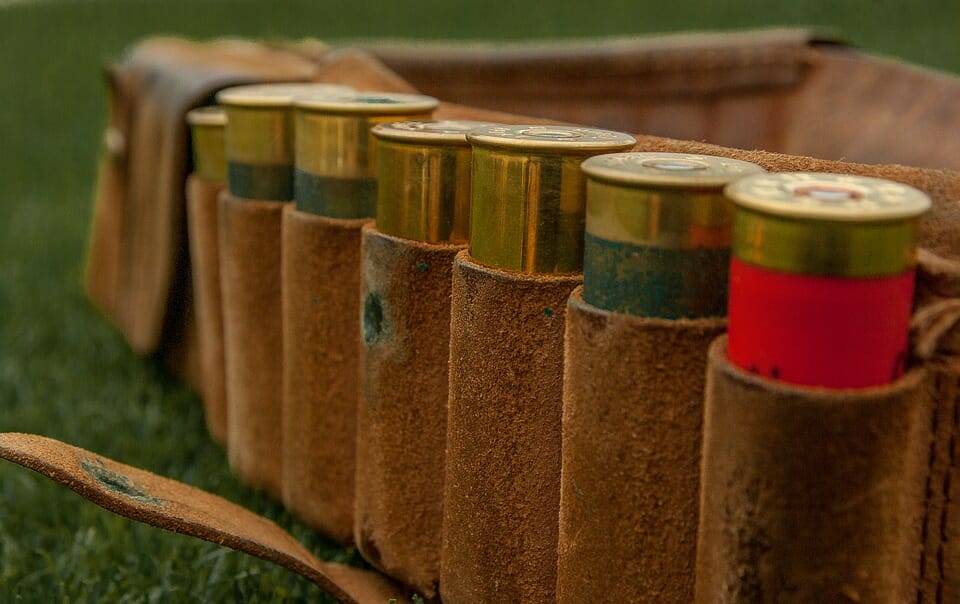 For the longest time, I was extremely curious to try 6.5 mm cartridges, but I couldn’t find them anywhere. I heard through the grapevine that this was due to an ammo shortage. Fortunately, they are more prevalent these days, so I decided to give them the proverbial Pepsi challenge.

I was more than impressed with the long range results. This caliber is a real flyer. But before you run out and buy them in bulk, let’s talk a bit about how Creedmoor differs from Grendel and what makes this caliber so remarkable.

The first thing that should be addressed here is what you might call “false advertising.” An actual 6.5 mm bullet would measure out to .256 in diameter, but that’s not the case with these bullets. On the contrary, they are elongated .264 caliber rounds.

Although it might seem shady to call it 6.5 when it’s really not, that’s all well and good because these bullets have powerful ballistic coefficiencies. They have high starting velocities which result in flatter trajectories.

So how do 6.5 Creedmoor and 6.5 Grendel compare and contrast with one another? Let’s take a closer look.

As I’m sure most of our readers already know, 6.5 Creedmoor has been around for quite some time (2008, to be exact) and it’s garnered some reputation as a formidable cartridge. But it wasn’t immediately popular since long range shooting wasn’t really a thing back in the day.

Now that long range shooting has caught on with the competitive shooting crowd, the Creedmoor name has been cemented in the public consciousness. This year’s Rock Lake Range Precision Steel Challenge, a national points-race event in St. John, Washington, saw 85 long range shooters from all over the US competing.

I got interested in 6.5 cartridges because I love long range shooting and wanted to know if the hype was legit. Sure enough, it is and I’m really digging the experience.

When chambered in 6.5 Creedmoor and using a decent long range scope, I’ve been able to shoot a group at over 200 yards which measured out to around four-tenths of an inch. What’s more, at 500 yards, a five-shot group measured out to an incredible 2.5 inches.

The only part of 6.5 Creedmoor that’s kind of a myth is the whole 1000 yards thing. You’d be hard pressed to find a single shooter who could get up to fire past 600 yards. But that’s not really an issue for most of us since people don’t generally reside in an environment where it would even be practical to fire at something that’s more than 500 yards away.

That being said, it is easy to see why the military has been looking into 6.5 Creedmoor since it would seem to be ideal for sniper applications. Is it? Eh, not really. On the contrary, I would argue that 5.56 rounds like the 77 grain OTM best the 6.5 in terms of overall performance.

With a base body diameter of .439 inches, it’s a real shredder. Depending upon the powder type, this case can burn around 25 to 30 grains of powder. That’s significantly less consumption than the 6.5 Creedmoor which is somewhere around 39 to 48 grains.

The fps on the Grendel should make it a hunter’s best friend as it hauls at least 1,000 fps at 300 yards which is twice as much as the vast majority of deer hunters fire these days.

1,000 fps is basically the gold standard for bagging a whitetail. In this way, the Grendel is a great option for varmint hunting, predator hunting and precision target shooting.

Creedmoor vs Grendel—How are They Similar?

They’re really not. In fact, they are completely different cartridges. The 6.5 Creedmoor is based on .308 Win while the 6.5 Grendel is based on the Russian military’s 7.69×39 case.

Creedmoor vs Grendel—How are They Different?

It should be obvious by now—they’re different in virtually every way. 6.5 Creedmoor is 300 fps faster than Grendel. It’s far better for reaching .300 Win mag distances.

On the other hand, the Grendel is better for longer practical ranges when compared to its predecessor the 5.56 NATO.

While 6.5 Grendel has achieved what it set out to, namely giving big game hunters pinpoint precision with the AR platform, the 6.5 Creedmoor has delivered a projectile with balls-out accuracy when chambered in the smaller short-action platform.

With the Grendel, you can expect to see small and steady groups in the .35 range while the Creedmoor will produce tighter groups at longer ranges (approximately .4 to .6 MOA). And handloads diminish those groups.

Materials are usually of higher quality when it comes to Creedmoor versus Grendel. Companies like Brownells tend to sell cheaper barrels for Grendel rifles which means you can expect to run into some trouble with their extractors and the tenuous headspaced bolts included.

If you want more dependability when it comes to Grendel bolt assemblies, your best bet is to go with Alexander Arms so that at least you’ll get some fundamental durability.

At the end of the day, both 6.5 Creedmoor and 6.5 Grendel are viable options for the avid shooter who needs an edge when it comes to competitive target shooting or big game hunting. One way to look at it is that the Creedmoor is the big brother of the Grendel, capable of efficacy at longer distances while the Grendel can provide similar performance at closer range.

No matter which you choose, you won’t be disappointed.