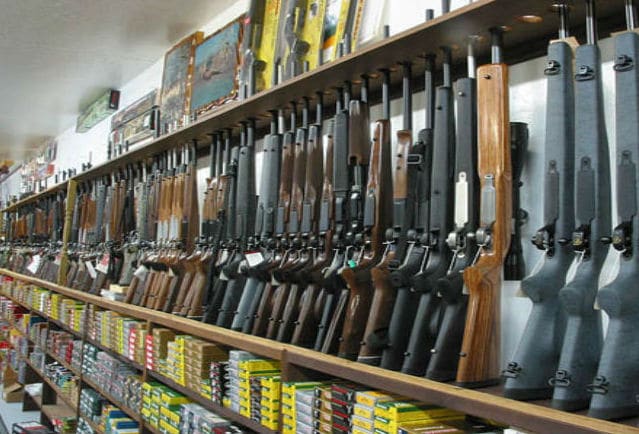 In the latest example of corporate America pushing hard for new gun control laws, the President and CEO of San Francisco-based company Levi Strauss, Chip Bergh, wrote and published an oped entitled “Why Business Leaders Need To Take A Stand On Gun Violence” where he argued for stronger gun control laws and pledged one million dollars in grant money to activists and non-profit organizations working to further increase gun control laws and end gun violence, such as Everytown For Gun Safety.

In the essay, Bergh further called on other corporate leaders to make similar pushes for gun control and even stated that employees of Levi Strauss could use paid volunteer time for political activism.

Bergh’s oped and public stance simply makes the latest instance in which corporate leaders in America had waded into the political realm, and specifically taken a stance supporting more restrictive gun control measures.

“You may wonder why a company that doesn’t manufacture or sell guns is wading into this issue,” Berg wrote.  “But for us, it’s simple: Americans shouldn’t have to live in fear of gun violence. It’s an issue that affects all of us – all generations and all walks of life.”

There’s no denying that the momentum to further restrict gun laws has seen a major upswing in 2018 following a series of tragic shootings, even if several of the more prominent activists argue that they don’t want to repeal the 2nd Amendment.

Even Bergh clarified that his statement was not arguing in favor of repealing the 2nd Amendment, and furthermore he was careful not to label law-abiding American gun owners as being irresponsible.

Levi Strauss that announced a three pronged initiative to show their support for ending gun violence:

“While taking a stand can be unpopular with some, doing nothing is no longer an option,” Bergh argued in his essay to justify bringing Levi Strauss into the gun debate fray.

Gun safety has certainly become a major topic of discussion in America, and Levi Strauss is hardly the first major American corporation to wade into the discussion.

Most prominently, earlier this year Dick’s Sporting Goods ended the sale of semi-automatic rifles such as the AR-15 and also banned all gun sales to anyone under the age of 21.

“This is an issue that’s not going away,” Edward Stack, the Chief Executive of Dick’s Sporting Goods, said at the time.  “We needed to take a stand.”

Kroger, Walmart, Bank of America, and Citigroup are three other examples of major corporations that took actions to curb gun sales.

Walmart and Kroger ended all gun sales to customers under the age of 21 and also ended the sale of semi-automatic rifles, while Citigroup announced that it would place restrictions on all firearm sales for retail business clients, making it a rule that the clients must sell guns only to those age 21 and above and only to those who have passed a Federal background check.

One thought on “Corporate America Continues Push For Gun Control”