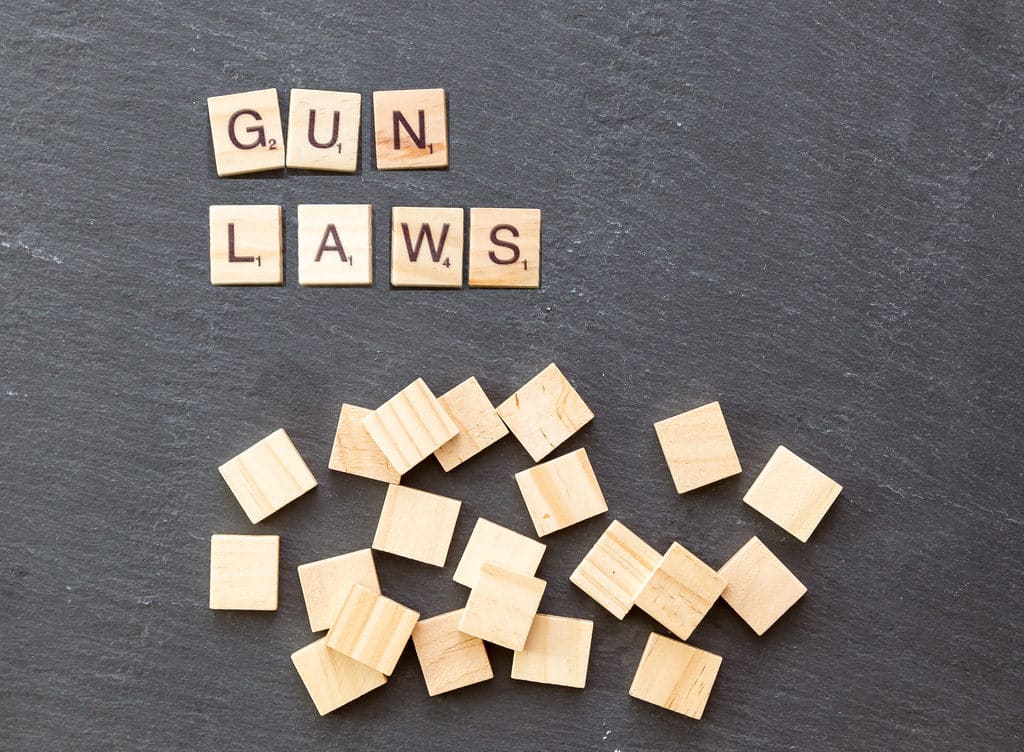 Are these Gun Bills on Your Radar?

We are fortunate to have gun rights organizations, like the NRA and GOA, defending our right to own, possess and use firearms. But as much as we depend on them, it is up to each and every gun owner to know what Congress is up to.

To help you stay on top of it all, Hinterland Outfitters has designed an infographic, which breaks everything down, from the history of gun laws to legislation currently being considered by Congress.

This act, which has bipartisan support, enforces state and federal agencies to follow National Instant Criminal Background Check System (NICS) regulations. State and federal agencies would develop ways to verify background checks so that certain at-risk populations, such as convicted persons or those with domestic abuse histories, would be unable to purchase or possess firearms.

Federal and state agencies that violate the law would be held responsible, while those that follow their NICS plans would be recognized for their work and rewarded with incentives.

H.R. 4477, as the bill is known, must go first to the House and then to the Senate for approval before it arrives on President Trump’s desk. If and when it does, the President is expected to sign the bill.

Bump stocks, like those used by the Las Vegas shooter in October 2017, turn a semi-automatic firearm into a fully automatic weapon.

While there is general consensus among Congress and the NRA that bump stocks should be regulated, the Senate and House bills to advance that objective do not appear to be moving forward.

On heels of the Las Vegas massacre, at least 15 states and cities are taking it upon themselves to ban bump stocks.

Meanwhile, states like California, where bump stocks were already illegal, are working to strengthen their existing laws.

Both bills are components of bipartisan legislation that is intended to create more hunting and fishing opportunities on public land, while also being sensitive to wildlife conservation efforts.

While this is good news for anyone who believes federal land should be more open and accessible to the public, it is still early in the legislation process. Before Congress and the Senate come to any agreement, the legislation will likely be written and rewritten many times.

This legislation, initiated in the wake of the massacres in Las Vegas and Texas, amends the federal Criminal Code to allow people with appropriate permits to carry or possess a concealed weapon without fear of prosecution in all 50 states.

Given the fact that the Senate must line up 60 votes in order to pass the bill, the fate of H.R. 38 is uncertain at this point.

Backed by House Democrats, H.R. 4268 would impose a seven-day waiting period that applies to the purchase of certain semi-automatic firearms, armor piercing ammunition, and firearm attachments.

The Brady Act, passed in 1993, established the five-day waiting period to complete a firearm sale, but became obsolete with the introduction of instantaneous, computerized background checks in 1998.

H.R. 4268 was referred to the House Subcommittee on Crime, Terrorism, Homeland Security and Investigations last November. We will wait to see what the bill looks like after it has been revised by members of both parties.

This bill, introduced by Rep. Donald Payne (D-NJ) and co-sponsored by 16 Democrats, paves the way for gun dealers to work with state and local governments to conduct gun buyback programs.

This bill, should it become law, ensures that people who turn in their guns will be compensated fairly and efficiently.

H.R. 3613 was sent last fall to the Crime, Terrorism, Homeland Security and Investigations Subcommittee. Most Capitol Hill observers think the bill has little chance of passing as it is currently conceived.

The Hearing Protection Act, introduced by Rep. Jeff Duncan (R-SC), and endorsed by the NRA, seeks to protect gun users against hearing loss by making it easier and less expensive to buy suppressors (also known, mistakenly, as “silencers”).

If the law is enacted, suppressors would be removed from National Firearms Act regulations. And, in states where they are already legal, the process for buying them would be simplified. It would also eliminate the existing $200 transfer tax, making suppressors more affordable.

The chances that this bill will pass are minimal.

More gun legislation will be proposed in the years ahead—that you can count on. Being vigilant and keeping up to date on legislation is key to gun ownership. Check out the rest of the infographic below, and we’ll keep you informed about any movement on the current legislation making its way through Congress.

2 thoughts on “Are these Gun Bills on Your Radar?”