Smith & Wesson firearms are known all around the world. They are known to be reliable and trustworthy sidearms. This is undoubtedly one of the reasons you chose the MP Shield to play an  important role in your self defense lifestyle.

Now, you may be at the point where you need to make another big decision. What is the best holster for the MP Shield? This decision is just as big as the decision you made when you chose the MP Shield.

My favorite holster for the MP Shield is the CYA Supply Co. Inside Waist Band Concealed Carry Holster. This great, lightweight, little holster is high quality and fits the Shield perfectly.

This does not mean there aren’t other great options out there. I’ll list my other top picks for you. First, I would like to talk about some History and fun facts about Smith & Wesson.

The History Of Smith & Wesson

Smith & Wesson was formed in 1856, after Horace Smith and Daniel B. Wesson failed at their first attempt to form a gun company in 1852.  By 1854 the first company was in financial crisis and they sold to a shirt manufacturer named Oliver Winchester. In 1866 Winchester used Smith & Wesson’s first lever action design and became Winchester Repeating Arms Company.

To maintain market superiority, they knew they had to develop a new design before their patents expired. They began marketing the Model 3 American in 1870. This revolver was the first large caliber cartridge revolver and solidified Smith & Wesson as a worldwide leader in handgun manufacturing.

Smith & Wesson’s contribution to the gun industry continued, even into the twentieth century. They developed the .38 Military and Police, which is one of the most famous revolvers in the world.

The Model 10, as it is called today, has been in continual production since the late 1800’s. The .357 Magnum was introduced in 1935. In 1955 they also introduced the Model 39 which was the first American made double action auto-loading pistol.

Some infamous people used a Smith & Wesson. Jesse James and his brother, Frank were among them. They holstered the Model 3, which is better known as the Schofield.

Jesse James was killed by a shot to the back of his head. The gun used? A Smith & Wesson .44 used by one of the Ford brothers.

It is said the great General, George Patton, carried a Smith & Wesson 357 Magnum along with a Colt 45. Part of his flamboyant nature was his ivory handled guns.

Old west historians believe Wyatt Earp and his brother Virgil used a Smith & Wesson Model 3 for the gunfight at the OK corral.

Wyatt was given a Smith & Wesson Model 3 by the mayor of Tombstone, John Clum.

Smith & Wesson Model 3’s were apparently popular with lawmen and outlaws during the days we remember as the wild west. Others who reportedly liked them were John Wesley Hardin,  Pat Garrett, Theodore Roosevelt, Billy the Kid and the Wells Fargo Banking and Protective Services, among many others.

There’s a list of Hollywood celebrities who own some Smith & Wesson’s. Of course, it’s all rumor because we know that being a gun rights advocate is not a popular thing in Hollywood circles. Johnny Depp, Brad Pitt, Angelina Jolie and Bruce Willis are some names floated around when you speak of celebrities and guns.

I would expect Smith & Wesson to carry on well into the future of handguns in the USA and throughout the world.

Let’s get on with our top picks of holsters for your Mp Shield. Isn’t it great to do business with a great American company who has been spearheading their market for over 150 years? 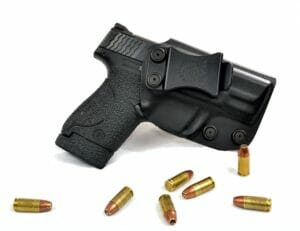 A top of the line holster for a great price. This holster is made from Boltaron thermoplastic which is similar to kydex. Boltaron out performs kydex in heat resistance and impact resistance. Keeps it’s shape for the long haul. Cant is adjustable from 0 to 15. 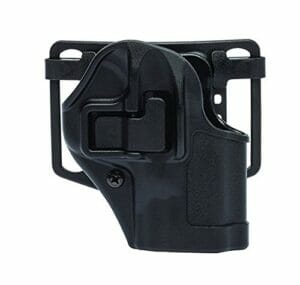 This holster features a unique speed cut design. Smooth draw and re-holster won’t slow you down. 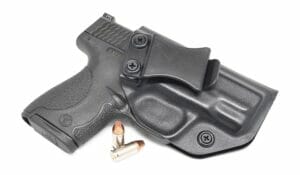 These holsters are molded for each gun model for a perfect fit. They are designed to be worn inside the waistband with an untucked shirt for concealment. Equipped with an audible posi-click retention lock system to let you know when your weapon is fully holstered. 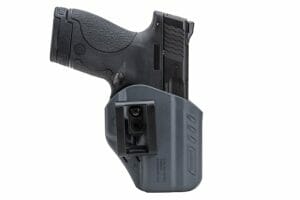 This holster was designed with comfort and versatility in mind. It’s ambidextrous, comes with two belt clips and has adjustable retention hent. Allows for use of mounted rear red dots. 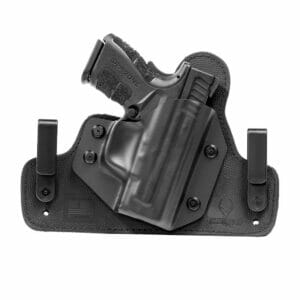 This holster is built with neoprene and has a flexible base that requires no break in time. It is built to be firm yet flexible. Adjustable retention, adjustable belt clips for ride height and cant. You set the comfortable carry position.

These are the top picks for you to keep in mind as you are hunting for the holster that works best for you. It’s always a personal preference decision and only you can decide which will work out the best for you. I think there are some great leads for you in this list.

Just to recap, my first choice is the CYA Supply company IWB holster. It is such a durable holster. I like that it is made from boltaron thermoplastic.  It’s super slim, easy to use and securely carries your firearm. It really is a top of the line holster for a great price. 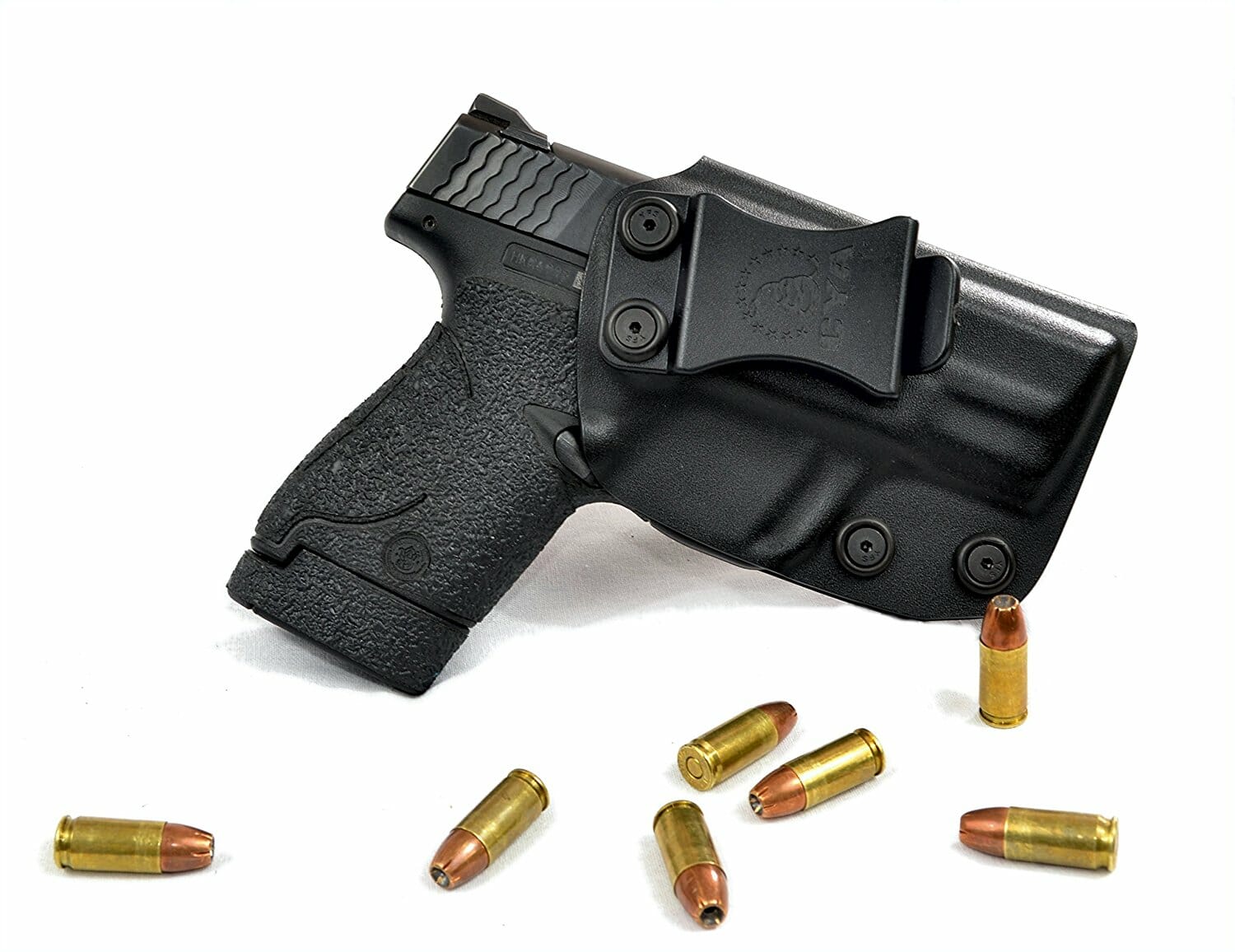 This holster fits the M&P Shield 9mm or 40 cal. It does not fit the M&P 9 or 40, nor does it fit the M&P 9c or 40c. It is designed to be worn inside the waistband for concealed carry. CYA Supply Co. a member of NRA Business Alliance. We make our holsters with the end user in mind.

In addition to the top picks, I hope you enjoyed the little history on the Smith & Wesson. They are a great gun company and I enjoy doing business with them.