In any survival situation, fire is your best friend. In fact, getting a fire started should arguably be your top priority because it can make food and water safe to eat and drink, warm you up when it’s cold, allow you to see in darkness, and also allow you to signal you for help.

This is why carrying reliable fire starting devices in your survival kit and bug out bag is an absolute must. It’s non-negotiable. If you lack the ability to get a fire started quickly in a survival situation, you could die. What if hypothermia sets in and you’re unable to get warm, for example?

This is also why you should strongly consider carrying a fire starting device on your person as part of your EDC. For all you know, you may very well find yourself in the middle of a survival situation without access to your survival kit or bug out bag, and in this case, what you have on you is what you have on you.

The Coghlan’s Waterproof Fire Sticks are an excellent item to use for getting a fire going outdoors or in your indoor fire place. These produce no odor and are non-toxic. They aren’t a super great option for an EDC, but they are an excellent fire starting device to keep in your home and in your survival kit. Be sure to keep them wrapped in a waterproof bag. 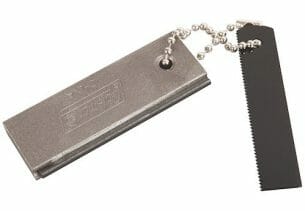 One of the cheapest and most reliable fire starting devices is the magnesium flint striker, and the model from Coleman is one of the most widely available ones. How it works is you use a knife or a sharp edge to shave some magnesium into roughly a dime sized pile.

Then, you strike your blade against the flint to create a spark. The magnesium will catch the spark and convert it into a flame. The best thing about the magnesium flint striker is it is completely waterproof. 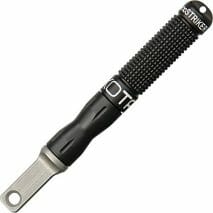 The Exotac NanoStriker XL will create sparks that are over five thousand degrees Fahrenheit thanks to to the fire rod that contains both magnesium and ferrocerium. Put the two together, and you have a fire starter that will work even in freezing, cold, and we conditions.

The body to this fire starter is constructed out of aluminum and is fully waterproof as well, with space to store extra tinder or kindling. 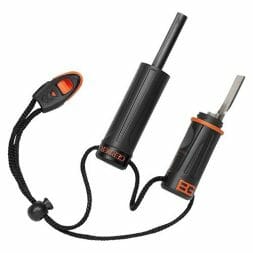 The Gerber Bear Grylls Survival Series Fire Starter is compact and light enough to keep in your pocket as part of your EDC. This fire starting device is composed of a waterproof metal housing with a ferrocerium rod inside, as well as a metal striker to strike the rod and get a fire going.

The device also comes with a lanyard that allows you to attach it to backpacks or to wrap around your neck for ease of access. 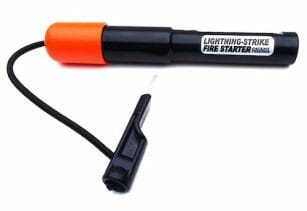 This is one of the larger fire starting devices on this list, but it’s also one of the most effective. How it works is it is composed of a fire striker, a ferrocerium rod, an aluminum tube, and some fire tinder that will allow you to get a fire going very quickly.

This fire starting device has been proven to work in the rain, the snow, and in windy conditions.

Meanwhile, the anodized aluminum container is fully waterproof and protects the fire rod from any moisture. The Rothco Aurora Fire Starter is unique in that the container also acts as the actual striker device in order to get a fire going.

This is a gelled alcohol fire starter that is completely smoke free and odor free. It’s an ideal solution for getting a fire going at camp, at a fireplace in your home, or in a wilderness survival situation. 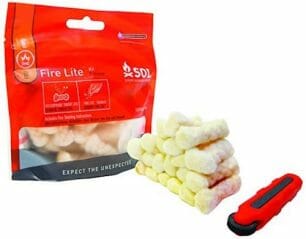 This is a complete fire starting kit that ships in a resealable and waterproof bag. It is comprised of twenty waterproof tinders (called the Tinder Quik Ignites, which will each burn for up to two minutes), a fire starting instruction manual, and a fire lite sparker.

The sparker is in turn comprised of a flint wheel that is fully resistant to both water and wind. As an added bonus, the entire kit weighs less than an ounce, so it’s not like it’s going to take up a lot of room or weight in your survival kit.

This fire starter is comprised of tinder that’s stored in an airtight and watertight capsule. When you need to get a fire going, a tinder arm is used to hold the tinder, and the reflective bottom of it can be used to reflect the light from the sun to ignite the tinder.

Be sure that you have additional fuel ready to go, so you can transport the small fire into it to build it up and get warm. 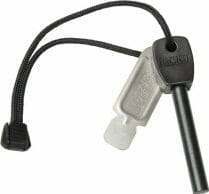 The Swedish FireSteel Army Fire Starter was specifically designed to be used as a camping item, an emergency signaling device, and a survival fire starter all at once. It is also incredibly compact and can be easily stored in your bug out bag or even as an everyday carry item on your keychain.

It gets a fire going thanks to the striking rod that will last for over twelve thousand strikes. It’s safe to say that this is a fire starting device that can last you for an incredibly long time before needing a replacement. 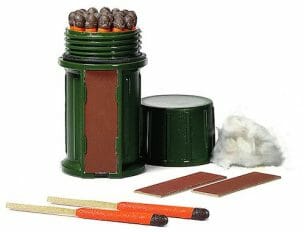 The UCO Stormproof Match Kit is comprised of twenty five matches that measure two and three quarters of an inch in length, in addition to a waterproof case and over three strikers.

Each match will also burn for up to fifteen seconds, and can be lighted even when soaking wet. The case colors are available in the following three colors: yellow, orange, and green. 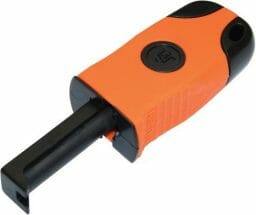 This is a plunge style fire starter that is comprised of a spark rod (spring loaded) and a carbide scraper. To use, just push the thumb button in order to engage that scraper, and slide down the rod to the tinder.

This operation is designed to be used one handed, so it’s a great option to use in case of an injury. The only negative to this fire starter is it’s not as long living as some of het other fire starting devices mentioned in this list, so you will likely need to replace it sooner. 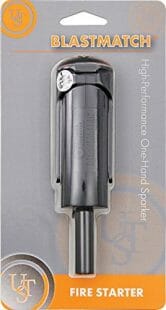 The main standout to the UST Blastmatch Fire Starter is that there is very little manual operation required in order to use it.

It’s comprised of a tungsten carbide striker and a patented flint bar that, when you press it with only the push of a button, will produce a shower of sparks that will allow you to get a fire going quickly in even the most unfavorable of weather conditions imaginable. 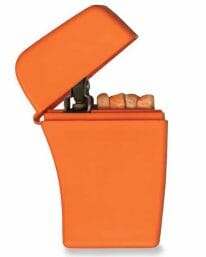 The last fire starting device that we will take a look at is the Zippo Emergency Fire Starter. This is a bright orange fire kit that you can keep in your pocket, car, or backpack. It’s comprised of four separate waxed and water resistant tinder sticks and a flint wheel ignition.

The case is water resistant and will float, which is why this fire starting device is popular among boaters, rafters, and kayakers.

Hopefully this comprehensive list has given you an idea on the different types of fire starting devices that are out there. You should definitely consider including some of these devices in your bug out bag, your survival kit, your vehicle, and in your everyday carry.