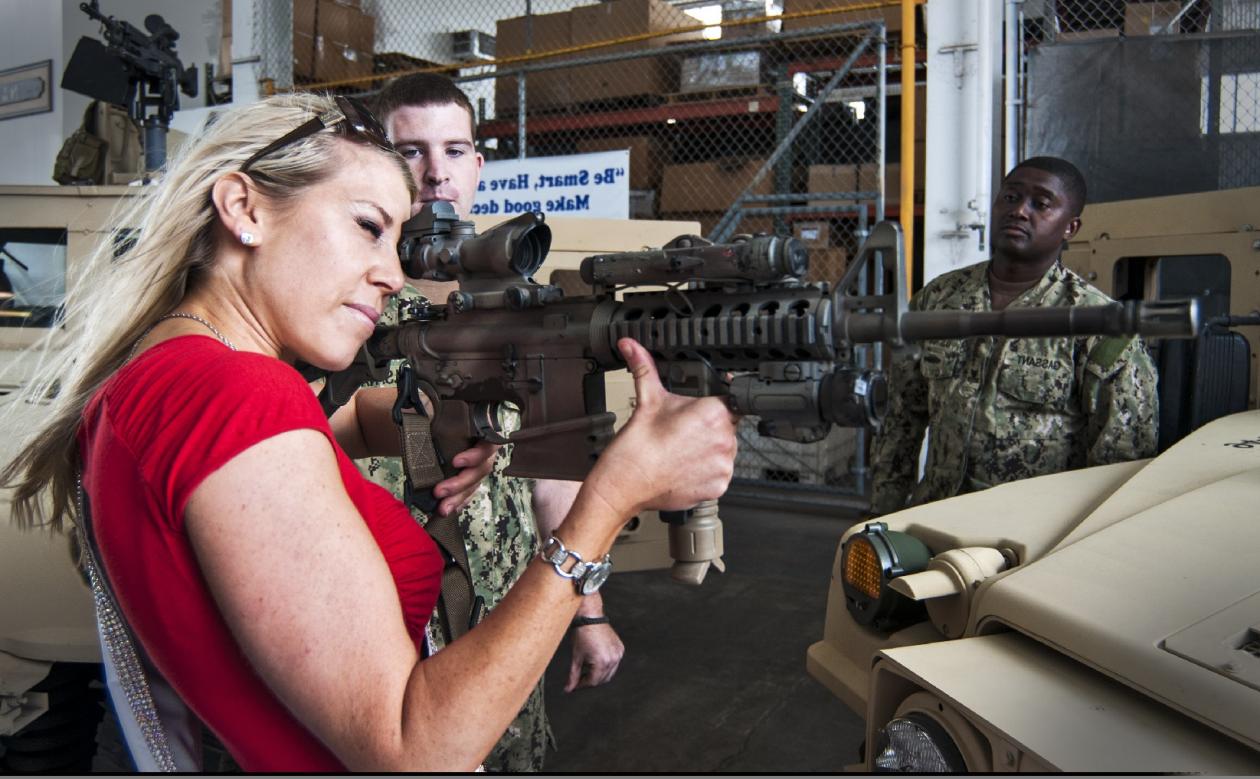 EXPLAINED: This Rifle Guarantees the U.S. Army Wins Any Shootout

The A1 also has ambidextrous controls, for lefties. New rifles are being delivered to the M4A1 standard, and older rifles are being converted at a rate of approximately three hundred a day.

The U.S. Army is an armed force with a truly global reach. At any given time, America’s premier land power operates on several different continents simultaneously, from hot, dry deserts to humid jungles and sprawling cities. Its infantrymen carry a weapon whose lineage dates back to Vietnam but which has been constantly improved to become the weapon it is today. Rugged, simple and accurate, the M4 carbine is the standard infantry weapon of not just the Army but all of America’s ground forces.

The story of the M4 goes back to the mid-sixties and the early days of the Vietnam War. The Pentagon, mulling sending hundreds of thousands of troops to South Vietnam, wanted a small, lightweight service rifle to replace the larger standard-issue M14. The new AR15, or Armalite Rifle-15, was smaller, lighter and fired a smaller 5.56-millimeter bullet. A soldier carrying the AR15, later designed the M16, could carry twice as much ammunition as a soldier carrying the M14. Demographic trends also meant that more and more soldiers were coming from cities and unfamiliar with firearms, and the M16 with less recoil was easier to train soldiers to proficiency.

Despite earlier battlefield success, once fielded in large numbers the M16 quickly started racking up complaints. A last-minute change in propellant powder, as well as the erroneous belief that the rifle never needed cleaning, caused many jams on the battlefield. Although the problems were eventually sorted out and an improved version, the M16A1, was fielded in 1967, the weapon developed a reputation as being an unreliable weapon. In the mid 1980s the A1 was replaced with the M16A2, which featured a thicker barrel and three round burst capability.

In the early 1990s, the Army purchased a limited number of M4 carbines. The M4 had a collapsible stock and a shorter, 14.5-inch barrel, as opposed to the longer twenty-inch barrel of the M16A2. That made the weapon easier to carry in tight spaces, particularly armored vehicles and helicopters, while also easier to operate on close-quarter battlefields such as cities or jungle. The price for shortening the barrel was slightly decreased muzzle velocity and range, but these were considered acceptable tradeoffs.

The wars in Iraq and Afghanistan accelerated adoption of the M4, to the point where it is carried by the majority of the U.S. Army and Marine Corps. The weapon weighs 7.3 pounds loaded with a thirty-round magazine. Infantry and other combat arms typically carry an M4 with a series of authorized add-ons, including Aimpoint red dot sights, Trijicon ACOG fixed-power rifle scopes, foregrips, laser designators and the M320 underbarrel grenade launcher. This can easily push the weight of the weapon up to nine pounds and beyond. While heavier, this is still short of the World War II–era M1 Garand rifle, which weighed 11.2 pounds.

The M4 still has its critics, including a retired major general, who have derided this descendant of the M16 as inadequate for modern ground forces. They point to the direct impingement gas operating system, which siphons off hot gases from burning gunpowder to chamber the next round, as guilty of fouling the inside of the rifle, increasing the likelihood of jams. They also deride the 5.56-millimeter round as having insufficient stopping power and believe the M4’s barrel is not thick enough to avoid overheating in sustained fire.

All that being said, the troops believe the M4 works. A 2006 CNA Corporation report surveyed U.S. Army combat veterans of Iraq and Afghanistan for their opinions on modern infantry weapons. 89 percent felt their M4 carbine was reliable in combat, and only 19 percent had experienced a stoppage in battle. 80 percent expressed confidence in their weapon. While these numbers might be good for a garrison army, keep in mind this is from troops that used their weapons in combat in some of the roughest, unforgiving environments on Earth.

In the meantime, the Army is working to correct the M4’s deficiencies. Earlier bullets were designed to penetrate Soviet body armor and sacrificed lethality for armor penetration. The new M855A1 Enhanced Performance Round, aside from being lead-free and “green,” yaws more quickly when passing through the human body, creating an internal cavity and causing massive damage. The M855A1 is also more adept at penetrating steel plate.

The Army is also upgrading its existing M4s to a new M4A1 standard. The upgrade consists of new fire control group that replaces three round burst fire mode to full automatic, along with an improved trigger and a heavier barrel for longer, more sustained fire before overheating. The A1 also has ambidextrous controls, for lefties. New rifles are being delivered to the M4A1 standard, and older rifles are being converted at a rate of approximately three hundred a day.

No rifle is an ideal fit for the U.S. Armed Forces, which must expect to fight in all environments and climates. A heavier round, harder-hitting round would reduce the amount of ammunition soldiers could carry and place additional burdens on the logistical system. A longer rifle barrel imparts greater range and velocity but make a weapon unwieldy indoors. Design tradeoffs and compromises are inevitable and must be made with existing and future battlefields in mind. All things considered, the M4 is a very good compromise weapon.

The main source of this article: EXPLAINED: This Rifle Guarantees the U.S. Army Wins Any Shootout