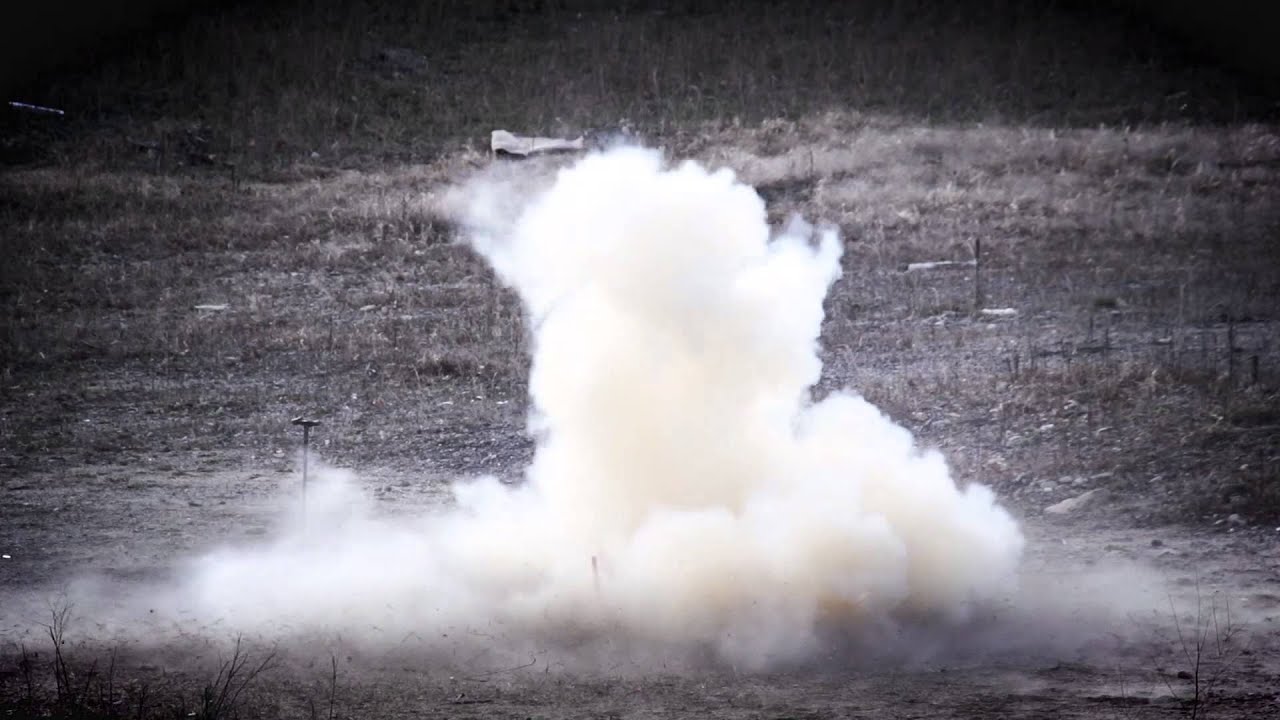 Everyone likes to add a little excitement to their target shooting, and exploding targets do just that.

Depending on the type of exploding target, a shooter can be rewarded with a loud boom, some smoke or vapor, or even a bright flash. It adds an element of fun to normal target shooting. It is also very beneficial for long-range target shooting.

Oftentimes you have to walk back and forth to check if your target has been hit. When you use an exploding target there is no doubt. There are a lot of options when using exploding targets. You can buy them pre-made and ready to shoot, or you can buy the supplies to do-it-yourself. Whichever option you go with, it’s important to know exactly what you are getting, and how to use it properly.

While many of the components involved in exploding targets are not explosive on their own, they still need to be handled with care and kept away from any elements that would cause them to react. This can even include air and water. In this article, we will cover some of the most popular exploding target brands and components.

Thermite is made from a mix of finely powdered aluminum and iron oxide, or rust. While thermite itself it not an explosive, it produces a high temperature and brief flashes of heat within a small area. Thermite itself is most often used for welding.

Certain types of thermite mixtures are also used for pyrotechnics in fireworks, as well as for incendiary weapons. When using thermite as part of a exploding target you want to be sure you are a safe distance from the explosive. The high temperatures can make extinguishing the fire it produces difficult.

It can also create toxic gases and dense black smoke. Generally the ratio for thermite is 8 grams of iron oxide for every 3 grams of aluminum powder.

Unlike thermite, tannerite is an explosive. Tannerite is a type of binary explosive, meaning it has two main components, neither of which is explosive on their own.

One component will need to be a fuel, which is most often aluminum powder. The other component is mix of oxidizers. Together they form tannerite.

Contrary to what many people think, Tannerite is also a brand name, many use the word tannerite to refer to the mixture itself. When target shooting with tannerite, keep in mind that it can only be initiated with a high-velocity bullet.

Tannerite is a great option for long-range target shooting. When hit by a bullet and initiated, tannerite creates a loud reaction and a large cloud of vapor, making it clear that your target has been hit. Tannerite is non-flammable.

Aluminum powder is a flammable and can be dangerous. When made into a fine dust, aluminum can cause scarring to the lungs. Because of the risks associated with it, you want to be educated and careful when handling aluminum powder.  Depending on the other components added to aluminum powder, you will get different reactions when using it as part of an exploding target for shooting practice.

This makes it a versatile and popular choice for exploding targets. When working with aluminum powder, you want to make sure you have proper supplies, including an aluminum powder funnel to keep any spills from happening.

While you can find a variety of exploding targets at stores, some gun owners have fun making their own shooting targets. Being educated on the laws for explosives, as well as your second amendment rights will help you make a safe and fun exploding target that is also legal.

Making the targets yourself can save you a lot of money. You can get the same components used in Tannerite or in a explosive with thermite, for a fraction of the cost. You can even buy exploding target mixing kits with all the components you need. Most people making their own targets are using a standard binary explosive, which is legal to shoot in most areas. If making your own targets be smart, be safe, and do your research.

Exploding targets are a fun addition to anyone who does target shooting regularly. Because of the nature of these types of targets, always make sure you are following protocol for the explosives and components you are using. Check out this article to see how many ways this can go wrong. Safety is always the number one priority. For example a good rule of thumb is to place ¼, ½, and 1 lb targets down range at least 100 yards before shooting. When handled and used properly, exploding targets are a fun and safe option.