Knowing how to buy a gun is the first step in the process of owning one and learning to use it effectively. There are several things to consider before making your gun purchase. Remember, a gun is an investment so make careful decisions and be smart about what you are buying.

Deciding to buy a gun is an exciting decision, but it’s also one that comes with responsibility. What are some of the most important safety considerations you should take into account as you learn how to buy a gun?

Guns are a Lifetime Commitment

This might sound overly dramatic, but it’s true. You don’t want to rush into buying a gun. Treat the decision to buy a handgun in much the same way you’d treat any big financial commitment, like buying a vehicle or a house. Sure, you aren’t stuck with that choice forever, but it’s still a big deal and you should be smart about the decision.

The lifetime commitment part comes in after you’ve made your gun purchase. Your work isn’t done once you’ve bought a handgun. You still need to learn to use it safely and practice using it to maintain your proficiency over your lifetime. This goes for new gun owners as well as people who have owned several guns over the years. Practicing using your gun is an important skill and one that requires a lifetime of commitment.

Getting Mentally and Physically Prepared to Buy and Own a Gun 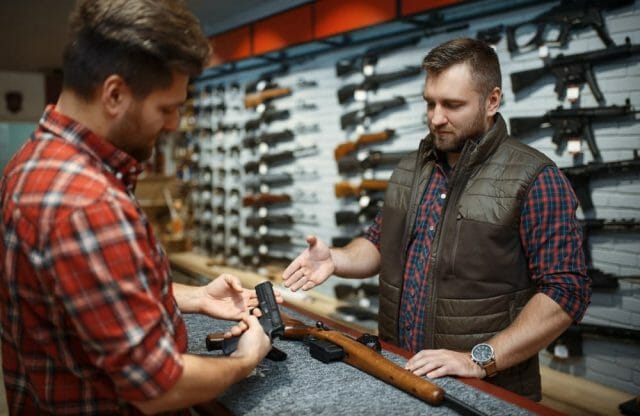 Next, examine your reasons for owning a gun and think about the implications. Many people buy guns for personal safety. This is a valid reason for gun ownership and one that is protected by the US Constitution.

You have a right to own a gun but along with that right comes responsibility and you need to be sure you are ready to handle that responsibility. Are you willing to use the gun as it is intended to be used when faced with a threat? Are you committed to honing your skills so you can use the gun as intended if you are under attack? Have you thought about a concealed carry permit or going through a background check? Before buying a gun, it’s imperative you understand the commitment you are making and be willing to do everything you can to be mentally and physically prepared to use your gun.

The right to own a firearm is guaranteed under the US Constitution. Many state laws further enhance or restrict that right to some degree. Knowing what your local laws say about gun ownership is important and is one of your responsibilities as a gun owner.

It’s understandable why you might not agree with your local laws. In some cases, these laws are intended to infringe as much as possible on your right to use a firearm to protect yourself. But disagreeing with a local law is not a justifiable reason to violate that law. If you want the gun laws in your state to change, work to change them through the appropriate channels. Chances are you aren’t alone and you can throw your support behind an already existing movement. But don’t violate those laws as you please. It is your responsibility as a gun owner to know and abide by the gun laws in your local area.

Set Goals for Proficient Gun Use 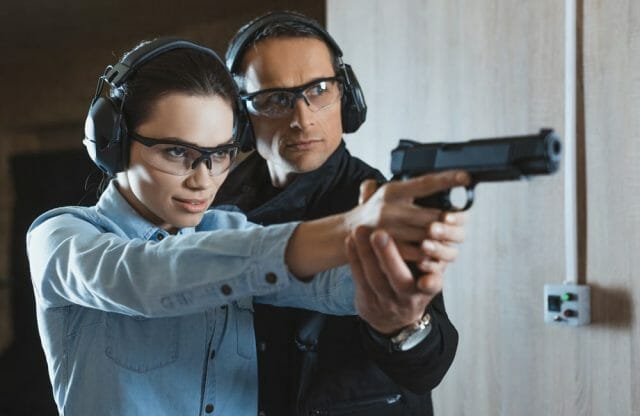 One of the most important aspects of how to buy a gun is learning how to use that gun proficiently. This means dedicating time to learning about the gun and spending time using the gun. The best place to become proficient in the use of your new gun is at the firing range. Commit to shooting at least a few times a month, if not more, especially as a new gun owner. Once you are comfortable firing your gun, try to visit the range at least once a month. There are also drills you can do at home that don’t involve firing your gun.  However, they still help you hone your skills. That said, these drills are not a substitute for actually getting out to the gun range and using your gun. If you need guidance as to where to find pistol ranges in your area, talk with the people at the gun shop or your gun dealer. They’re sure to have suggestions.

If you intend to buy a gun and bring it into your home, you need to have a plan for safely storing it. This is especially important if you have children in your home but is something any gun owner should address. You need a place to store your gun when it is not in use. Even if you intend to train everyone in your home to use your gun safely, you still need a plan in place for storing your gun. It’s also a good idea to come up with a schedule for cleaning and maintaining your gun. Just like any investment, a gun comes with responsibilities and you need to know how to handle your gun outside of what’s required for safe shooting.

It’s no secret that not everyone agrees on gun ownership and gun laws in our country. It’s also no secret that it doesn’t really matter because gun ownership is a protected right. No matter what your friends and family say about owning a gun, you are guaranteed the right to be able to do so.

So what should you do if you run into problems with loved ones or other people who question your choice to buy a gun? Ultimately, it’s up to you. If that person lives in your home, he or she might have an equal say in the matter, though this isn’t always the case. If the person is outside of your home, they are still free to share their opinion.  It’s up to you how much you want to take that opinion into account. But the bottom line is it’s just that: an opinion. It doesn’t have a bearing on your right to buy a gun or your responsibility to learn to use that gun safely.