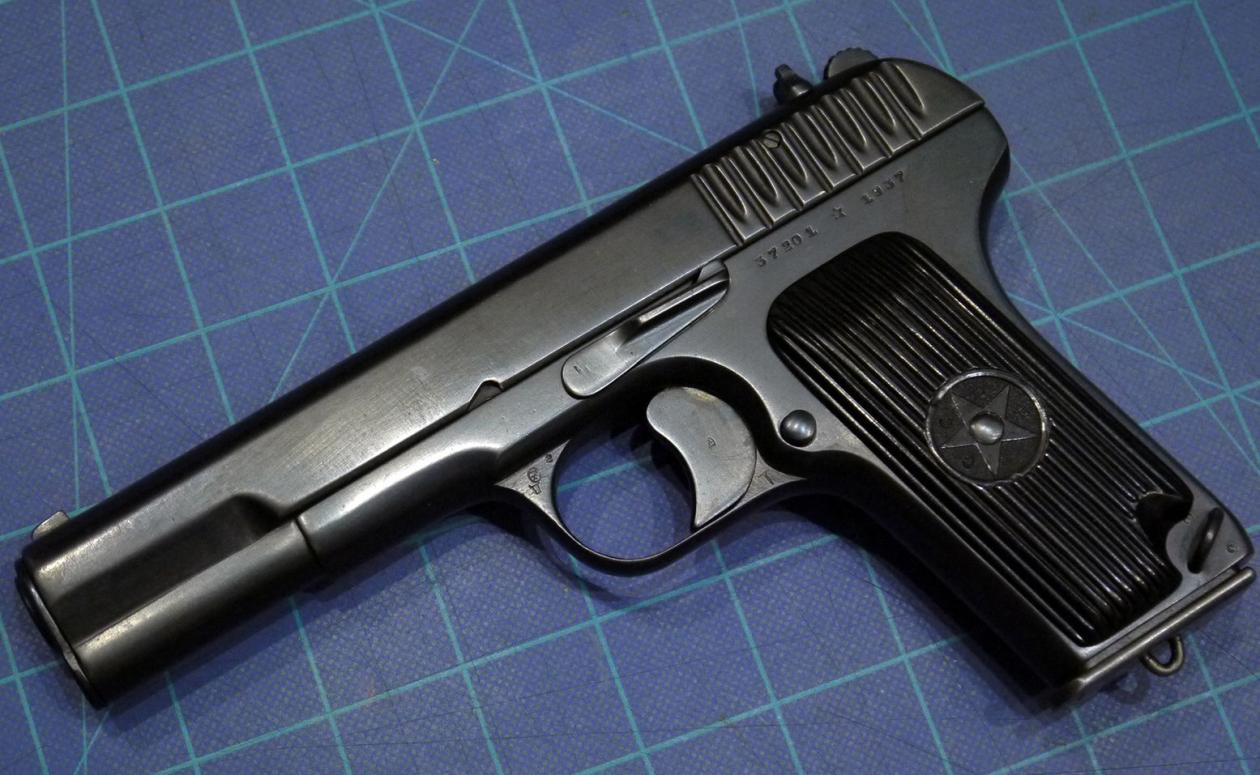 Want a Terrible Gun? We’ve Got a List of the 5 Worst.

Beretta built many successful handguns for the Italian armed forces in World War I, particularly the Beretta Model 1915. An attempt to modernize the 1915, however, introduced a key design flaw.

Handheld firearms have existed in one form or another since the 13th century. Despite their long history, there have been relatively few real, genuine clunkers in the world of handguns. The close engagement range of handguns—typically zero to twenty-five feet—means that a handgun operator will often have little or no chance to clear a jammed weapon, and therefore complete, absolute, unqualified reliability is a must. Nevertheless, some handgun clunkers became famous, popular, or both. Here is our list of the 5 Worst Guns

The Nambu is one of the worst pistols ever designed. At first glance, Japan’s first semi-automatic pistol design resembles the iconic German Luger P-08—though the comparison stops there. Designed by Kijiro Nambu at manufactured at Tokyo’s Koishikawa Arsenal, the Nambu was meant to provide Japan’s armed forces with an indigenously designed and produced handgun. Quality was generally good, but the design was horrendous. The double recoil springs and magazine spring made extracting the magazine extremely difficult. A weak striker spring gradually lost power, resulting in light primer strikes and misfires. The gun’s ergonomics were very poor and veered more towards traditional Japanese martial weapons than a comfortable, pointable, handgun. Although popular in the Imperial Japanese Army and Navy, only the latter officially adopted it, with Army officers often purchasing theirs out of pocket.

Beretta built many successful handguns for the Italian armed forces in World War I, particularly the Beretta Model 1915. An attempt to modernize the 1915, however, introduced a key design flaw. The Model 1923 featured an external ring hammer and crucially, was chambered in 9×19 Glisenti. Meanwhile, the 9×19 Parabellum round was fast becoming the dominant pistol round among European armies. 9×19 Glisenti was considerably less powerful than its more widely accepted twin, and the latter could be inserted into a Model 1923…with possibly disastrous consequences. It was likely for this reason the Model 1923 was discontinued after two years, with subsequent Beretta pistols chambered in 7.65 Browning, and eventually 9×19 Parabellum.

The Type 68 was a North Korean handgun based on the Soviet World War II era Tokarev TT-33 handgun design. The Tokarev is very roughly the USSR’s answer to John Moses Browning’s 1911 handgun, utilizing a similar design and designed for mass production. The Type 68 is not a strict copy of the TT-33, being unaccountably shorter and bulkier than any other Tokarev variant—of which there are many. This has the unfortunate downside of driving up recoil and thus driving down accuracy. Perhaps indicative of the regime’s paranoia, the Type 68 cannot share magazines with real TT-33s.

In the early 1980s, the nine-millimeter Glock 17 handgun ushered in the age of “Wonder Nines.” These were reliable, often foreign-made nine-millimeter handguns with large high capacity magazines. This change in buying habits caught legendary American arms maker Colt by surprise, and the company was slow to offer its own Wonder Nine. In 1991 the company finally unveiled the Colt 2000. Despite an excellent pedigree—the Colt 2000 was designed by firearm legends Reed Knight Jr. and Eugene Stoner (inventor of the AR-15)—the handgun was a complete failure. Owners experienced failure to extract issues involving spent shell casings, poor accuracy, and a safety recall. It was also very unattractive. Sales lagged and the Colt 2000, introduced in 1991 was just canceled three years later in 1994.

The CIA originally conceived a single shot, disposable pistol—the Deer Gun—as a way to cheaply arm South Vietnamese intelligence agents operating in hostile territory. It was essentially a single shot weapon designed to allow an agent to kill a sentry and take his weapon. The Deer Gun was an aluminum pistol grip fitted with a barrel and a removable plastic safety that once removed doubled as a front sight. The gun was meant to be distributed unmarked in a plastic box with three rounds of unmarked 9×19 Parabellum ammunition. The extremely slow rate of fire made it for all intents and purposes a single shot weapon, and the 9×19 round could not guarantee to incapacitate the target. As the war grew more violent and involved more heavily armed personnel on both sides, the Deer Gun grew less practical, and only 1,000 were built.

The main source of this article: Want a Terrible Gun? We’ve Got a List of the 5 Worst.

One thought on “Want a Terrible Gun? We’ve Got a List of the 5 Worst.”