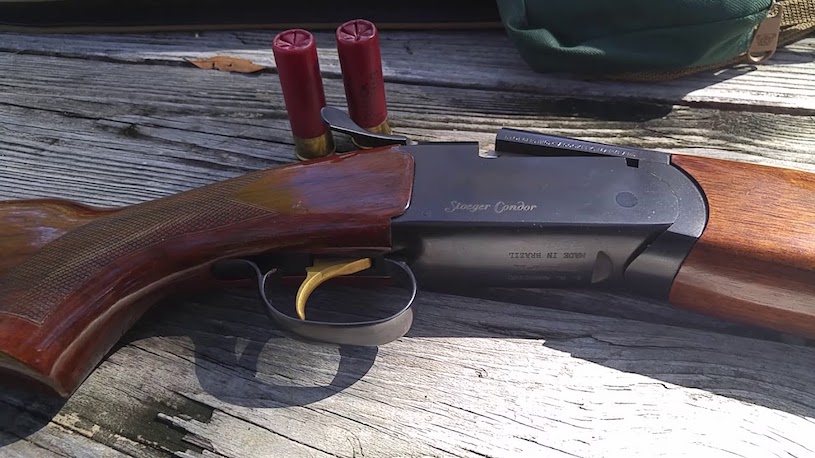 There are a few big names that always come up when people start discussing shotguns. A few of the more popular ones include Browning, Mossberg, and Winchester. But did you know that there are some lesser-known brands out there that can give you right around the same level of performance you get from your Browning A5 for half the price?

There are a few shotguns that, for the most part, go largely unnoticed as most entry-level firearms do after a while. And today, we are going to take a look at one of the more legendary of the bunch; the Stoeger Condor series.

The Stoeger Condor is a type of double-barrel shotgun that is known as an “over and under” shotgun. This means that instead of having two barrels that sit next to each over horizontally, they are stacked vertically with one above the other. 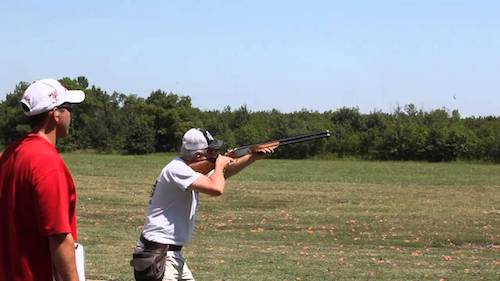 This design is what makes this style of the shotgun so popular as a practice shotgun with many skeet shooters who just need to have an occasional clay buster on hand. This is because the design lends to a much more accurate shot than its horizontally stacked siblings the Uplander and Longfowler. Those two models are geared more toward an evenly spread shot as they are made primarily for duck hunting trips.

Having said that, the Stoeger Condor is probably not a gun you will see being used very often in actual competition. It is an entry-level shotgun and it is simply more suited for occasional field use.

Instead, what generally happens is that as a shooter becomes more seasoned, they upgrade. As they start to find their preferred shooting style, they slowly begin to drift away from the firearm they started off with and eventually upgrade to something like a TriStar Hunter EX.

Known for its traditional design, complete with a wooden stock, the Stoeger Condor is built rather well for the price. The overall design of these shotguns is without a doubt what I consider far above-average for an entry-level shotgun. 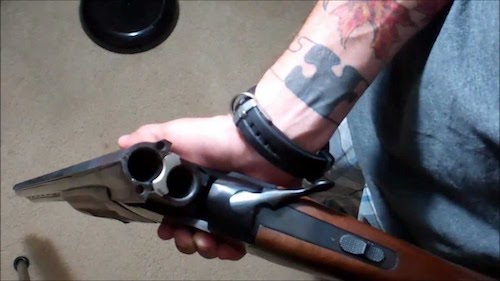 The stock is made from A-grade walnut which features some prominent and really neat looking mineral streaks. A good walnut wood is always very nice furniture to see added to a cost-effective shotgun right out of the factory. The stock is also finished in a satin coating that doesn’t feel like you are holding a cheap plastic bb gun but gives everything a nice but blunt shine.

The receiver is completely blued and sports a highly polished finish. It machine-turned and features monobloc sides. The bead front sight, as well as the shell extractor ejectors, are made of brass.

The recoil pads featured on the Stoeger Condor are some of the most cushioned I have seen on any budget-friendly shotgun. You will need them too because this shotgun has a good deal of kick to it when you squeeze that trigger. Seriously surprised, and satisfied, with these recoil pads.

Both the 12 and 20 gauge versions of the standard Condor feature IC and M screw-in choke tubes to better shape the spread of your shot. The .410 version comes stock with fixed full chokes, however.

You have a few choices when it comes time to buying a Stoeger Condor as there are several features that you can add on or otherwise change. From the factory, these choices include things such as the gauge of the barrel and various chokes:

In regards to performance, I would put the Stoeger Condor series of shotguns on par with the likes of a Browning 725 Citori. There are a few major differences between the two obviously.

For starters, the Citori comes stock with a smooth FireLite trigger. The Stoeger Condor just features a single non-selective trigger, and it really isn’t that great. In my experience, the trigger on the Condor always has a bit too much “float” for my liking. I have also run into a few issues with it not wanting to fire the second barrel after some lengthy use.

While this simplistic single trigger design makes for an easy field-strip, it isn’t good for long-term use. 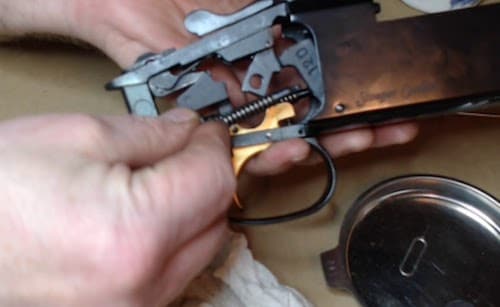 This comes in handy should your trigger stop firing either barrel. When that happens with a single selective trigger, your only recourse would be to send it into Stoeger for repair.

Another thing I really don’t care much for on this trigger is the fact that it is what is known as an inertia trigger. This means that in order to fire the second barrel, you are relying on recoil to kick it over. If that doesn’t happen you may think you have got a hangfire situation or even a broken trigger on your hands.

If this happens, don’t freak out. Simply dry fire it once and then tap the buttstock on the floor. When you tap it on the floor, you should hear a small click which means you are good to go and should be able to fire it again.

The Condor Supreme model is the only one that offers an auto-selector trigger design.

The Stoeger Condor is about as traditional as traditional shotguns can get. This means that you may notice that the rate at which you are able to cycle through rounds is a good deal slower than usual. Especially when compared to a fast pump shotgun such as the Mossberg 500. 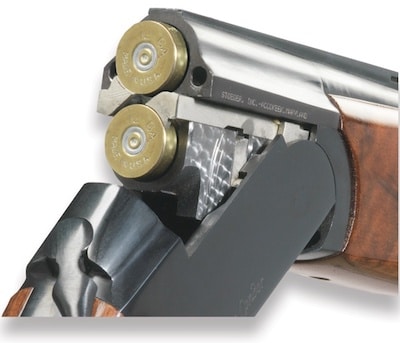 Nonetheless, I have had no issues when it comes to reloading or firing speeds. As a matter of fact, due to the double-barrel design, it’s actually a fairly level playing field. Since you have the advantage of not having to tediously cycle through to your second barrel outside of simply pulling the trigger again, this buys you a little more time for things like reloading.

Often times, I can beat my buddies to the targets time and again with little effort during our practices sessions. While they are still reloading their pumps, I am smashing through clay like there is no tomorrow.

If you are a data freak like me, you can always pick up a chronograph to measure or compare your muzzle velocity and help you increase your reload speed. You can find some of our recommendations for the best shooting chronographs here.

As I had mentioned previously, there are some solid benefits to this gun in regards to accuracy. Because of the design behind the stacked barrels, marksmanship seems to be something that gets better for most coming over from a shotgun with a horizontal stack. 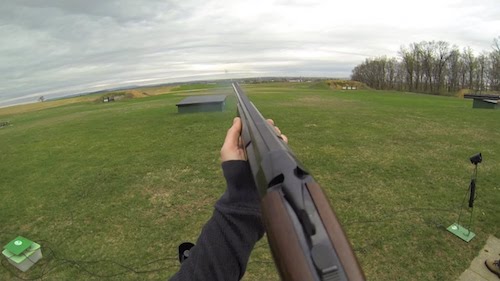 I will tell you though, this is more or less based on anecdotal evidence, at best. It isn’t that it necessary shoots any truer than its horizontal counterpart, it actually has to do with how easily the human eye adjusts to certain views. Since you do not have two barrels laid out in front of you, you have less to focus on and thereby can get a shot lined up not only more accurately, but also quicker.

The Stoeger Condor comes stock with a bead sight, but if you really want to take your accuracy game up a notch, you will need to equip a better sight. Check out our review of the best shotgun sights to get some ideas.

If you are in need of a solidly built entry level over-and-under shotgun, you really need to get your hands on a Stoeger Condor. There are a lot of other shotguns in the same category that we recommend looking at as well. But none will come close to the level of quality that you will get from anything similar in the price range.

This shotgun is the perfect choice for a beginner skeet shooter or just as an inexpensive field gun that you can practice on.

If you own the Stoeger Condor, drop us a comment below and let us know what you like best about it, and where you think it could be improved! Maybe you know of a better entry-level over and under shotgun?

6 thoughts on “Is The Stoeger Condor The Best Over And Under Shotgun?”